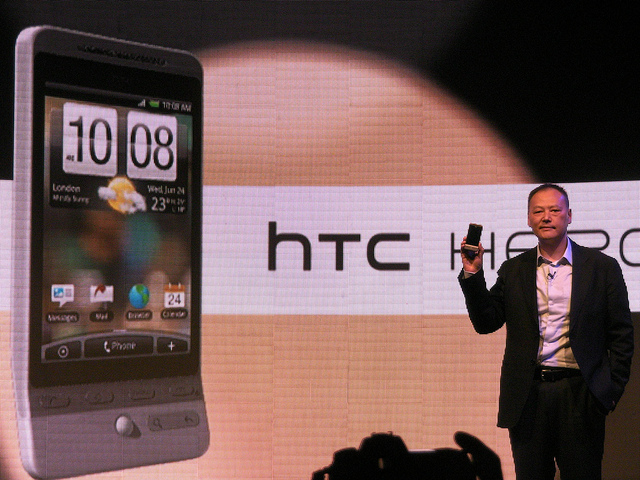 With his company facing increased pressure to deliver desirable and impressive smartphones to rival the likes of Apple and Samsung, HTC CEO Peter Chou has welcomed competition, believing its competitors can help it “change better and quicker”, in turn making the company stronger.

Recognising it had tough times ahead, Chou said that the company began to adjust its organisation in the second quarter of last year, striving to improve HTC’s innovation as it was not satisfied with its performance, despite having posted quarterly sales records and moved to become the world’s fifth biggest smartphone vendor over the past year.

HTC has suffered a number of setbacks in courtrooms around the world, mounting numerous legal defences against Apple over claims that the company had infringed on patents relating to its use of the Android operating system and touch-screen technologies.

In December, the International Trade Commission banned the import of some HTC smartphones into the US, ruling that the company had infringed on Apple’s “data tapping patent“. The claim of infringement was made on U.S. Patent No. 5,946,647, a “system and method for performing an action on a structure in computer-generated data” and would have seen the ban go into effect on April 19 2012.

However, the company immediately announced it had redesigned its products to circumvent the ruling, adapting the technologies within its devices to no longer utilise the features that infringed upon Apple’s intellectual property.

Outside the courtroom, HTC released its fourth-quarter financials at the beginning of the year, posting its first quarterly profit drop in two years as it lost ground on rivals Apple and Samsung in the smartphone market.

The report, which was released on the company’s Investor website this morning, shows that fourth-quarter net income dropped 26% to NT$11 billion ($364 million) from NT$14.8 billion a year previous. The company’s revenue fell to NT$101.4 billion ($3.35 billion), a 2.5% decline on its previous year’s figure.

This was caused by a drop in smartphone shipments, which declined by more than 3 million units to account for 10 million units in the past quarter. The Taiwanese smartphone maker sold 13.2 million smartphones in its third quarter.

HTC amended its forecasts in the fourth quarter, predicting its Q4 revenue would be the same as it was in 2010, reaching around $3.4 billion. It previously issued guidance that it would see sales upwards of $4 billion.

Read next: Wireframe your website on paper with these awesome smartphone and Web UI stencils