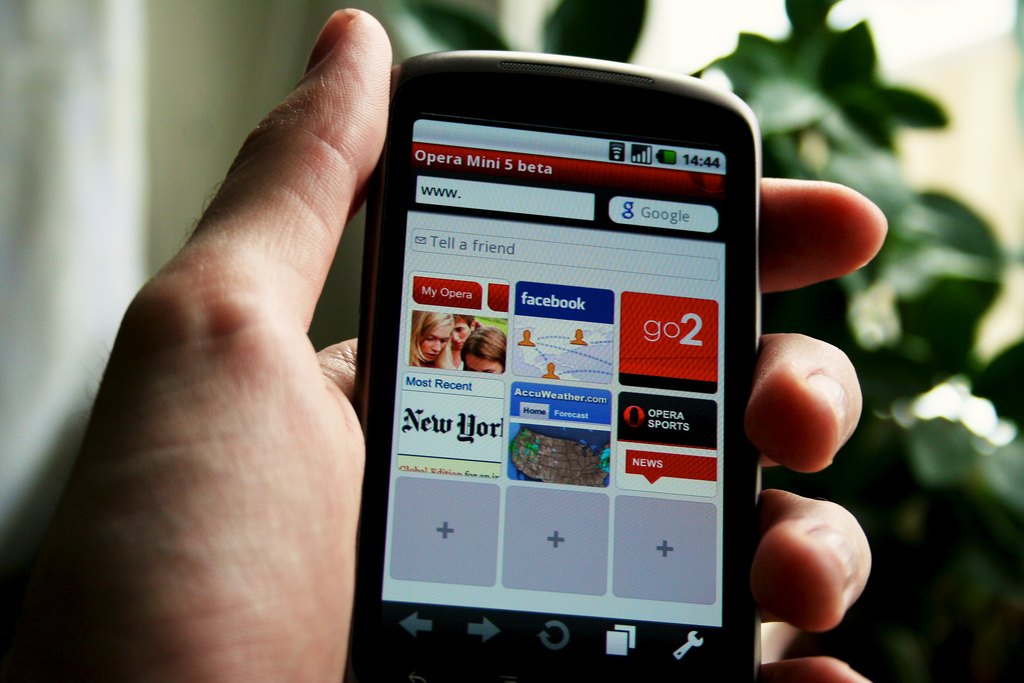 Opera Mini is easily one of the most popular mobile browsers, with 144M unique users monthly worldwide. The company pulled the stats on the top 10 visited mobile sites in 2011, with the data collected spanning November 2010-2011.

According to Opera‘s stats, Google still takes the cake when it comes to search, but Facebook is a close number two. It’s interesting to note that Facebook is more popular than YouTube, a popular destination on mobile devices. It seems like people have to get their poking fix on the road.

The world’s most popular websites on Opera Mini 2011 are:

In addition to the top 10 sites, Opera picked up on a few interesting mobile browsing trends for 2011:

The growth in Latin America reflects exactly what we reported yesterday, with mobile activations in Brazil alone having 19.51% lift year-on-year.

While this is only data from Opera and its mobile browser, it is a good sign that mobile browsing is becoming more sophisticated and in-depth, shown by the growth of sites like Wikipedia. It seems like people aren’t just checking email on their mobile devices anymore.

Read next: 1 in 5 journalists killed in 2011 worked for Internet media outlets