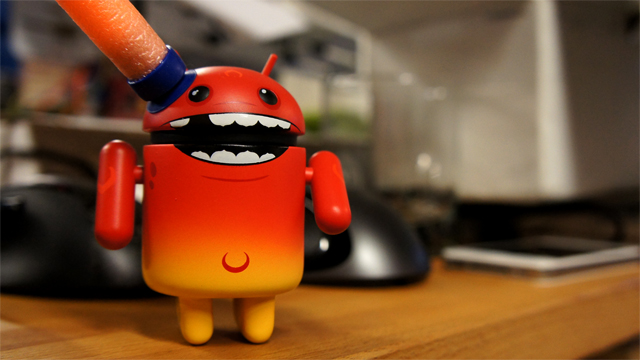 Taiwanese smartphone vendor HTC has yet to be served with a class action lawsuit over accusations that it included Carrier IQ analytical software on its handsets, the company has clarified in a recent media announcement.

However, the company fully expects to receive notification of the legal action, noting that it will enter “thorough negotiations with outside counsels when the official document from the Court is received”:

With respect to the class action lawsuits in relation to the Carrier IQ software application filed in the U.S. against HTC Corporation and HTC America Inc., a subsidiary of HTC Corporation, reported by the press on December 4th, HTC hereby clarifies that HTC has not been served in any of the cases officially. Regarding any substantive issue, HTC will enter into thorough discussions with outside counsels when the official document from the Court is received.

The suit claims that the use of the Carrier IQ software on mobile phones consists of a “breach of the digital privacy rights of 150 million cell phone users” and that the phone makers and carriers violated the Federal Wiretap Act, the Stored Electronic Communications Act and the Federal Computer Fraud and Abuse Act.

Carrier IQ launched a campaign to clear its name over complaints it was unlawfully tracking and storing information logged on mobile handsets. Despite reports to the contrary, Carrier IQ says that it acted on behalf of the carriers (and in some cases vendors) to monitor conditions when calls were dropped and when SMS messages failed so that engineers could assess what may have caused them to happen.

Users have been up in arms that instances of Carrier IQ’s software on handsets are not disclosed, something that has been noted in the class action lawsuit. The suit says that the carriers and manufacturers were caught “ wilfully violating customers’ privacy rights” by “secretly tracking personal and sensitive information of the cell phone users without the consent or knowledge of the users.”

Following discovery of Carrier IQ on various handset models, developers began releasing tools for Android devices in order to detect whether the software was present. However, tools that remove Carrier IQ code are currently in development.