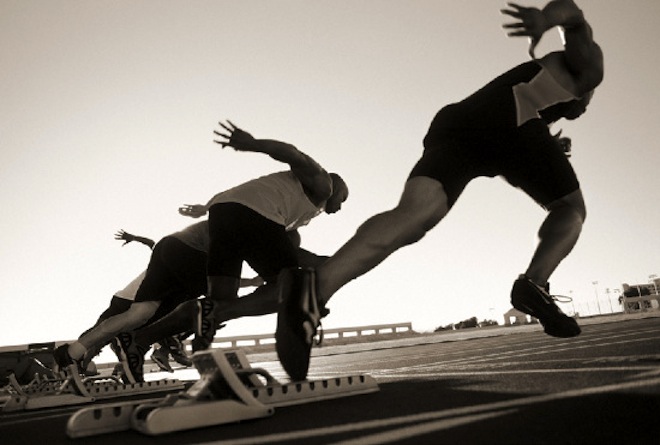 I hadn’t planned to go on a rant today, but as I scan through the headlines that are gathering attention on this beautiful fall morning, I’m struck by just how many of them are talking about products that are merely sufficient. Unfortunately, nobody seems to be calling a spade a spade and instead terms like “sufficient”, “good enough” and “for now” are instead being used as praise.

How did we get here? The sad answer is that it’s my fault and your fault, every bit as much as it is the fault of the manufacturers and OS developers.

Let’s flash back a few years and take a look at the road behind us. In 2007 when the first iPhone came to the market, it blew people’s minds. I remember watching a commercial and saying to my wife (then girlfriend) that “if it really works like it shows then that’s amazing.” But the skeptic in me didn’t want to believe that it would. It wasn’t until a few years later that I realized that Apple doesn’t advertise what might be, rather it focuses on what is right now.

I didn’t buy the iPhone because AT&T was beyond terrible where I lived. It just wasn’t an option. But I became increasingly jealous of those who did have one, and I finally bid adieu to my Treo 755 in favor of a BlackBerry Curve, which then gave way to an original Motorola DROID.

The DROID was, to me, amazing. Here was this device that was powerful, able to run many of the apps that I envied on the iPhone and it was available on Verizon, which means it would actually work where I lived. Sold.

Strike one – I settled for something that wasn’t what I wanted, but it was sufficient. 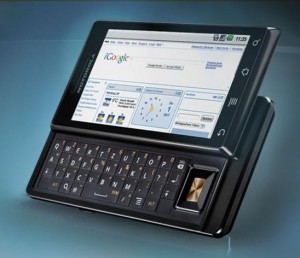 Being a Windows user at the time, I was enthralled by the initial reports of Windows phone and I’ve watched it closely ever since. For a while I was convinced that it was going to be my next phone, but when it was released I was sorely disappointed by the reality versus the perception.

The first version of Windows Phone to hit the market was mediocre, at best. In fact, when I was sent an HTC Trophy from Verizon, I was so disappointed with what it couldn’t do that I chose to not even review it. As mamma said, “If you can’t say nothing nice…” Microsoft had chosen to ship an OS that was “good enough, for now.”

The Mango release of Windows Phone is better, by far. The Lumia 800 stands tall as Microsoft’s flagship and it’s doing a great job, at least on the hardware side. But the OS is still lacking, both in developer adoption and in the basic sense of what an OS should be able to do. Core features, even things as simple as screenshots, are inexplicably missing. It’s still just sufficient, even though it has the potential for greatness, but in this case it’s dragging down a truly magnificent handset.

Yet people are buying up the Lumia 800 as if it’s the most amazing thing that they’ve seen. Pre-orders for the device are already sold out in the UK, and the people that I’m talking to in the US can’t wait to get their hands onto one.

What really burned me, this morning, was in reading the comments to a great piece over on Slate about how Android needs to have a heart. One of the commenters noted that, when it came to mobile browsers, the Android-baked version “is sufficient now.”

Android. This amazing piece of software is being crippled in its potential by programming that treats its customers as if they think like code warriors. Here’s the news flash – the vast majority of Android users are not geeks, they just want something that works well.

Though Ice Cream Sandwich is, almost without argument, the best Android version to date, it is still riddled with problems that normal people will find to be utterly confusing. Nested menus, a never-constant function in the Back button and an overall lack of cohesive feel still plague the OS. Yet Android-bearing devices are selling like wildfire, due in no small part to hatred of Apple and the near-ubiquitous availability of inexpensive handsets.

During the launch of the Galaxy Nexus and Android Ice Cream Sandwich, I was somewhat taken aback by Android’s focus of making your phone personal. The mentality is finally headed in the right direction, but the implementation is still sorely lacking.

Now before you go screaming that I’m an iPhone fanboy, let me just say that Apple is not without its own position in this race to meh. The first iPhone was amazing. Every iteration since then, however, has been simply that – iteration. Yes, the phones have gotten better, they’ve gotten faster and they can do some more things than they could when it was first launched, but Apple has yet to come out with another iPhone that made me re-think things the way that the first one did. 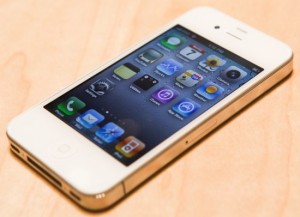 It could well be argued that Apple has chosen this route because its apps are wildly successful and breaking away from what’s working right now would be shooting itself in the foot. But I’m not talking about abandoning what works, I’m talking about taking what works and making it amazing once more.

Siri? Sure, it works. It’s novel. But it’s not amazing. It has the potential to be so much more than it is at present, but right now, it’s in a public beta as a product that’s “good enough.” In fact, the only amazing thing on the 4S is the camera, in my never-humble opinion. And still, I bought one.

Technology moves forward at breakneck speeds, showing us things on a daily basis that we never dreamed to be possible before. Why, then, are we still buying mobile devices that are just good enough? Why has the desire for something new or different outweighed the necessity to be amazed? Whatever the reason, it’s strike 3, and we’re out of the game until we stop accepting mediocrity.

Read next: Lights: An amazing display of WebGL power. Kiss your Flash goodbye