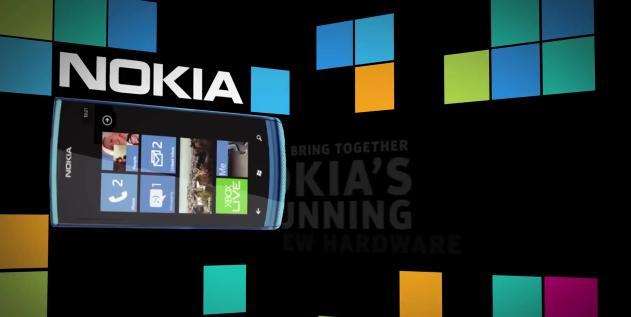 With Nokia’s new Lumia 800 Windows Phone handset launching today, the Finnish mobile giant has quietly begun issuing shots of what appears to be one of its upcoming Windows Phone devices in a new promotional video on its developer YouTube channel.

The video ‘Nokia with Windows Phone: Dive into development’ introduces Nokia’s Developer programme, highlighting what the company makes available to developers that have signed up to create applications for its new smartphones.

The company also includes shots of a previously unannounced handset, a device that features Nokia’s distinctive design style but looks to be somewhat slimmer and sleeker than the Lumia 800, which mimics the design of its N9 MeeGo smartphone. Early reports suggest that the device is the new Nokia 900, but with little evidence to back this up we aren’t going to join up all the dots just yet.

However, Nokia acknowledges that it could be one of the next additions to the new Lumia smartphone range, describing that the “promotional video, from Nokia Developer, captures the excitement and enthusiasm for Nokia’s stunning new Lumia hardware running the latest version of Windows Phone.”

Take a look at the video below, what do you make of Nokia’s yet-to-be-announced smartphone?