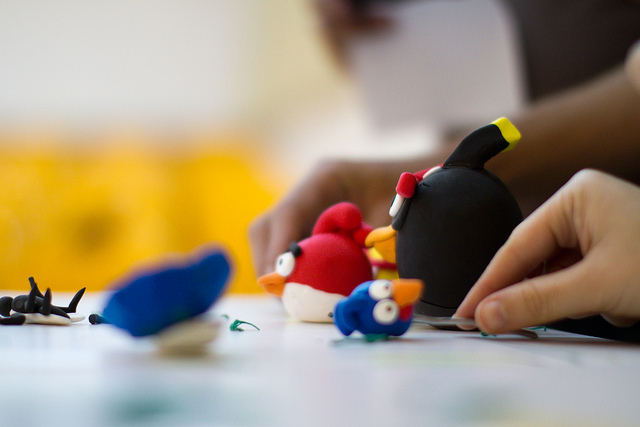 Angry Birds, the multi-million dollar grossing franchise that been ported to Apple, Android, PC and numerous other devices, has now been downloaded over half a billion times, solidifying its position as the best selling mobile game in the world.

To celebrate the milestone, Finnish gaming studio Rovio has posted a video to its YouTube account, attaching statistics to prove just how popular the game has become. According to Rovio, Angry Birds gamers have so far been played a total of 200,000 years, with 300 million minutes of playing time daily.

On top of that, 266 billion levels of Angry Birds have been played, 400 billion birds launched and more than 44 billion Stars have been collected.

Rovio is currently looking to expand its presence worldwide, opening offices in China and pushing unique offerings to the Chinese market. The company is also looking to take the Angry Birds franchise to Hollywood, hiring former Marvel chairman David Maisel to produce its new film, also partnering with retailers – including Starbucks – to reward gamers in stores.

The franchise shows no sign of slowing, at least in the near future, as Rovio tries to expand its offerings into merchandise sales and new game releases.

Read next: Yahoo and BBC team up to bring more Arabic content to the web