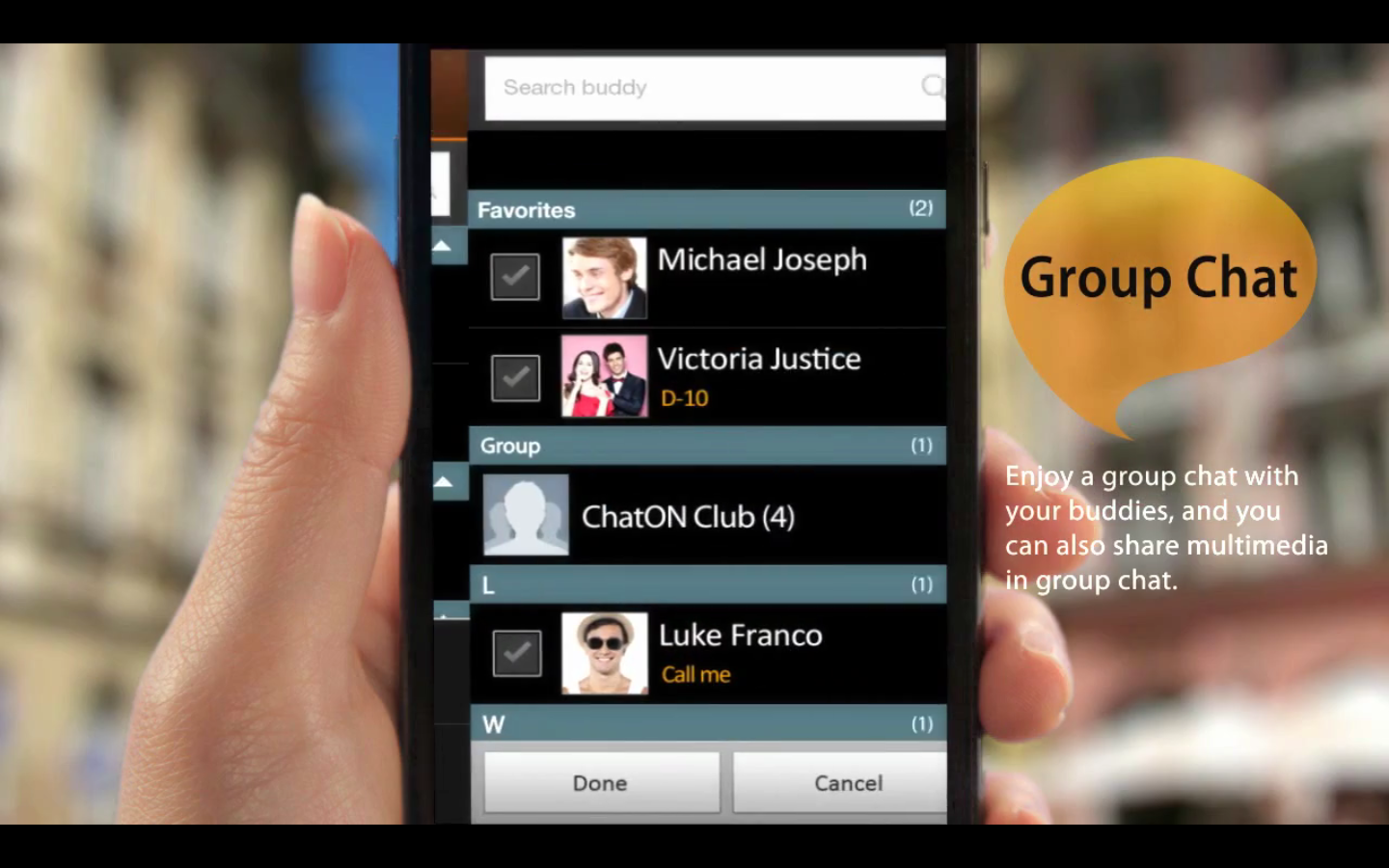 Samsung has launched its new group-messaging application ChatON, pushing the app live on Google’s Android Market to provide Android users with a way to (in the near future) to chat with their friends on Android devices but also BlackBerry and iPhone smartphones and tablets.

At the end of August, the Korean smartphone giant announced the new multi-platform mobile messaging service, a platform that will be capable of helping smartphone and tablet users to send text, images and video clips between its own Android smartphones but also Bada-powered handsets.

Although Samsung has made ChatON available on the Android Market, it will bundle the application on its smartphones, as it works to make the service available on iOS and BlackBerry devices in the future. ChatON would have proved to be thorn in RIMs side had Samsung made the app available on BlackBerry devices whilst the company struggled with four days of outages – instead other group messaging providers saw increased signups and usage over that time.

Update: SammyHub reports that ChatON is also available on Samsung’s own app store, although this is only for Android.