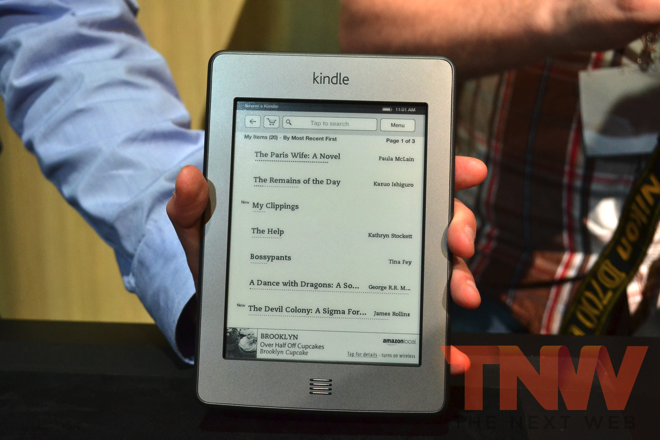 Amazon today launched 4 new models in its Kindle lineup. There is the Kindle, a keyboard-less replacement for its low end model. Then there is the Kindle touch, an e-ink model with an IR touch screen, which also comes in a 3G flavor. And there is also the Kindle fire, a tablet-style version of the ereader.

What Amazon was a bit more coy about, however, is that they were using all of the best pricing to introduce these devices at its event today, and that pricing was all given ‘with special offers’. That means that the screensavers on the devices will be delivering ads to you when they are not in use.

If you want your Kindles without special offers, then you’re going to have to be prepared to pay more for the privilege. Here’s how the pricing stacks up:

So you can see that the costs are definitely higher without the ads being delivered. The older Kindles are unsurprisingly the worst deal unless you use a keyboard extensively. The pricing of the Kindle touch almost ensures that it will outstrip the older version quickly.

The Kindle fire, interestingly enough, has no such ad-subsidized model for its pricing, being offered for a $199 price flat. I would most likely treat that as a ‘for now’ rather than a ‘for ever’ though. Amazon is sure to get on the ad train with the fire after it has been out on the market for a bit.

I think that a $149 ad-supported Kindle fire would sell like hotcakes, what do you think?

Read next: Amazon drops the original Kindle price to $99 with 'special offers', $139 without