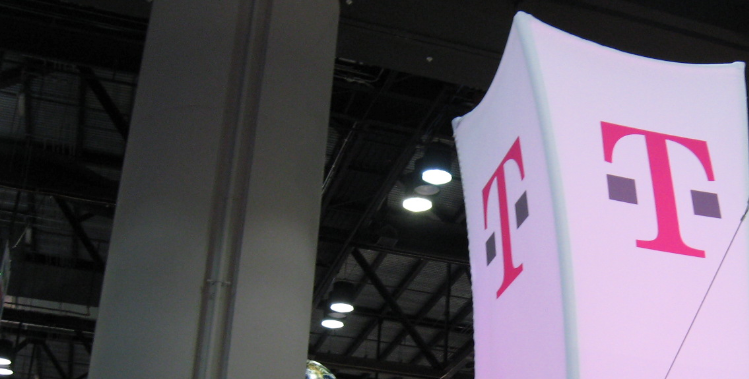 If you’ve been following the story for the past few months, you know that AT&T has started negotiations to acquire US wireless carrier T-Mobile for $39 billion. The deal is reportedly to give AT&T the infrastructure required to roll out a 4G wireless system to a wider population in the United States. Updated with statement from FCC and AT&T below.

The deal has not been without its share of controversy, with Sprint being the loudest voice of opposition. Today, though, it appears that the US Government is stepping in to block the merger due to an antitrust complaint as reported by Bloomberg.

The deal, if it were to go through, would give AT&T-Mobile a combined subscriber base of 130 million users, pushing it far in front as the largest carrier in the US. However, it’s been reported that problems with the deal have included convincing the right parties that the acquisition is necessary in order to build out the network.

Earlier this month it was reported that another large hole was blown into AT&T’s case for the acquisition. AT&T had been claiming that the $39 billion price tag was necessary in order to build its current coverage from 80% of the US population to 97%. However, a leaked document from the case showed that the actual cost for AT&T to build out the network on its own instead of acquiring T-Mobile would have only been a somewhat-paltry $3.8 billion.

It’s worth noting that this block does not mean that the deal is dead, but it is certainly a step in that direction. For the time being we’ll have to wait and see how the two companies continue to plead their case, but now that the Department of Justice is involved that case just became infinitely more difficult.

AT&T is promising the addition of 5,000 jobs with the merger, likely a key point to its case. The DOJ’s filing, however, paints a grimmer picture:

“AT&T’s elimination of T-Mobile as an independent, low- priced rival would remove a significant competitive force from the market.”

Update: A statement from FCC Chairman Julius Genachowski has been issued to This is My Next:

By filing suit today, the Department of Justice has concluded that AT&T’s acquisition of T-Mobile would substantially lessen competition in violation of the antitrust laws. Competition is an essential component of the FCC’s statutory public interest analysis, and although our process is not complete, the record before this agency also raises serious concerns about the impact of the proposed transaction on competition. Vibrant competition in wireless services is vital to innovation, investment, economic growth and job creation, and to drive our global leadership in mobile.  Competition fosters consumer benefits, including more choices, better service and lower prices.

AT&T has fired back, though, with a statement of its own:

We are surprised and disappointed by today’s action, particularly since we have met repeatedly with the Department of Justice and there was no indication from the DOJ that this action was being contemplated. We plan to ask for an expedited hearing so the enormous benefits of this merger can be fully reviewed. The DOJ has the burden of proving alleged anti-competitive affects and we intend to vigorously contest this matter in court.

At the end of the day, we believe facts will guide any final decision and the facts are clear. This merger will:

We remain confident that this merger is in the best interest of consumers and our country, and the facts will prevail in court.