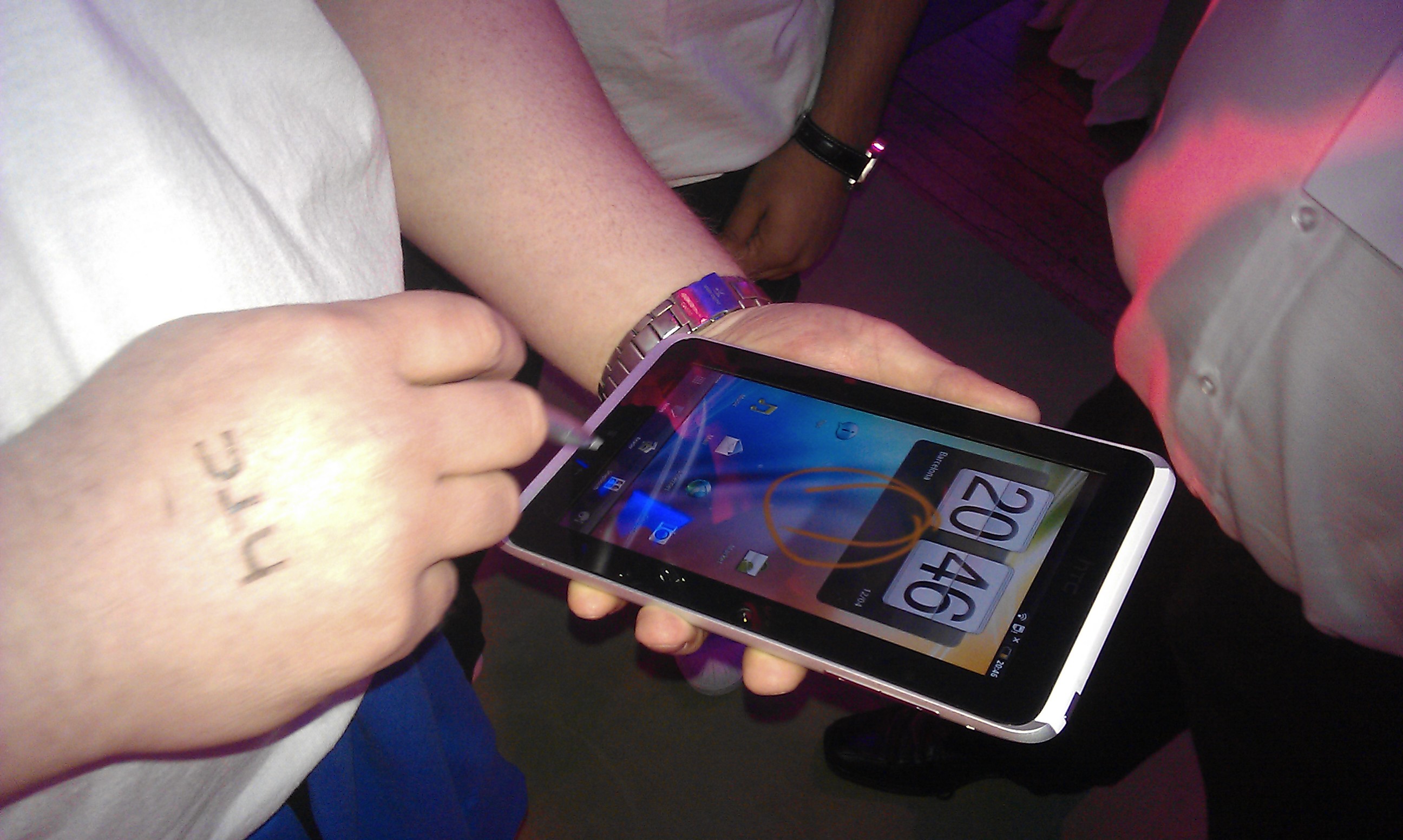 Pocket-lint made an interesting discovery on HTC’s Facebook page when the company invited the public to “come party, and more importantly see what’s next” on September 1st in London.

HTC is hosting a Meet HTC event in London where it’s likely to announce its upgraded lineup of Android-based phones, and perhaps even the “Puccini” tablet that we have heard about before. The folks at Pocket-lint even speculate about the possibility of some Windows Phone 7 “Mango”-based phones from the Taiwanese manufacturer.

Adding further credibility to the possibility of new devices being announced at HTC’s event is a report from BGR, claiming that the tablet codenamed “Puccini” will officially be launching under the brand-name Jetstream on AT&T in September or October. It is rumored to have a 1.5GHz processor, a 10-inch display, and support for AT&T’s 4G LTE network.

The company’s event on Facebook promises “the usual food, drinks, music and a few phone treats for you to enjoy”. None of this is absolute confirmation about what might be released at such an event, but we wouldn’t be surprised if it was a tablet—and some phones, for good measure.

Read next: HP tested webOS on an iPad. It ran over twice as fast as the TouchPad.