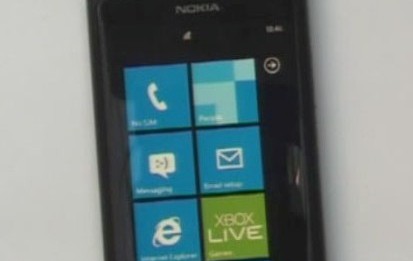 Photos and a video have emerged online of what looks like Nokia’s first Windows phone. WinRumours reports on what looks like a Nokia N9 running the Windows Phone 7 mobile operating system.

The device appears identical to the Nokia N9 which was announced recently and is powered by MeeGo. It’s thought that the official launch of Nokia’s Windows Phone 7 device will take place the Nokia World conference on October 26-27 in London.

A video has also surfaced showing Nokia CEO, Stephen Elop, at a keynote speech asking the crowd to “put away their cameras” for the unveiling of something “super confidential,” codenamed “Sea Ray.”

The full video is available to watch below and you can see the Nokia Windows Phone handset for yourself: