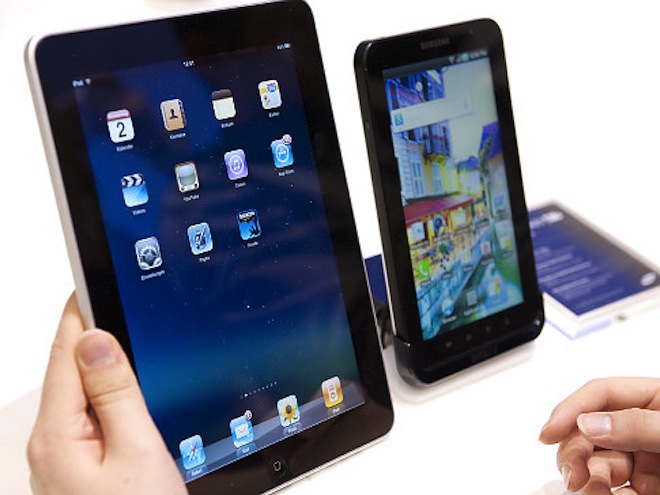 Two giants slugging it out. That’s the image that comes to mind with the pending suits between Apple and Samsung over patent issues. But if reports from the Internet are to be believed, then this whole thing might be on the verge of fizzling away into nothing in the near future.

If you’ve not been keeping up with the news, Apple has sued Samsung for infringement on a rather crazy amount of patents relating to the iPhone and Samsung’s Galaxy S models in particular. Not to be outdone, Samsung has fired back at Apple, claiming infringements of their own though more on the technology than the design.

Can’t we all just get along? That appears to be the question that has been posed to both sides by U.S. District Judge Lucy Koh. Fierce Wireless reports that Apple lawyers have stated “They are in fact meeting and talking” but it’s worth noting that “meeting and talking” doesn’t necessarily mean that the suits will disappear.

The report comes after Friday’s news that Apple had actually ratcheted up its claims against Samsung to higher levels, adding even more infringements to the suit. Judge Koh saw this as a very good time to bring up the partnerships between the two companies and the idea that a settlement outside of the courtroom would be mutually beneficial.

To douse the rumor flames a bit, it’s worth noting that a Samsung representative has stated that they are “unaware of any meetings or discussions between the two sides over this matter.” Well then. That’s certainly telling.

Apple has a long tradition of keeping its movements under wraps, both to consumers and in legal matters as well. Conversely, we quite often see “leaks” and information from Samsung. To say that there’s a role reversal going on here would be a bit far-fetched and it seems more that the quote of “meeting and talking” has been taken quite out of context.

While we might very well see some of the charges dropped, it’s highly unlikely that this entire thing will get swept under the rug. If I’m wrong in this assertion, I’d have to bet that hat we’d see is an outcome is a formal, strategic partnership with the ditching of the suits being chalked up to that. Judge Koh is far from wrong, as the dismissing of the suits would be highly beneficial to both sides, but we have to look at the companies. Neither Apple nor Samsung are brands that back down on their ideologies and I don’t think that we’ll see it happen here.