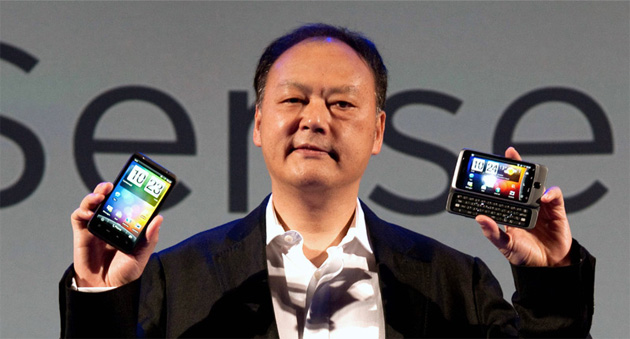 At the beginning of May, Taiwan-based mobile vendor HTC was the fifth biggest smartphone manufacturer in terms of shipments, posting record revenues in the last quarter.

The company was one of the first manufacturers to release an Android device, launching the G1 in September 2008, and continues to bet big on Android whilst launching a range of Windows Phone 7 devices. As a result, HTC has earned a loyal following for its solidly-built, reliable and affordable handsets.

As smartphone competition becomes more intense by the day and with Android rival Samsung to become the world’s largest smartphone vendor by the end of this quarter, HTC began restricting features that made its devices popular, alienating its more tech-savvy customers as a result.

One restriction was that of its bootloader policy. Starting with the HTC Tattoo (but excluding the Nexus One), the company began locking down the bootloader of its devices, no longer allowing developers or interested Android fans to flash the kernel on HTC smartphones and customize the way that they operated.

Whilst the decision didn’t affect the majority of HTC handset owners, some were dismayed at the inability to customise a device they owned. With other manufacturers committing in Android, many HTC customers suddenly found themselves jumping across to its rivals so that they could own a powerful phone that allowed custom ROMs and a more personal experience.

Nearly two years passed but HTC eventually came to the realisation that a locked bootloader could be costing them customers. As HTC smartphone owners consistently kept up the complaint about locked bootloaders, the company posted to its Facebook page that it was reviewing its policies:

Thanks so much for providing feedback, we hear your concerns. Your satisfaction is a top priority for us and we’re working hard to ensure you have great experiences with our phones. We’re reviewing the issue and our policy around bootloaders and will provide more information soon. Thank you for your interest, support and willingness to share your feedback.

Just two days later, HTC CEO Peter Chou followed up the post with a new statement, this time stating that the company had listened to feedback and would no longer lock the bootloaders on its smartphones:

“There has been overwhelmingly customer feedback that people want access to open bootloaders on HTC phones. I want you to know that we’ve listened. Today, I’m confirming we will no longer be locking the bootloaders on our devices. Thanks for your passion, support and patience.”

Media outlets lit up and customers were happy. It is not known if many unlocked handsets have hit the market, but there is confirmation that they are incoming.

On Tuesday, HTC broke the hearts of HTC Desire owners when it stated that it would not be able to deliver the Gingerbread update that it had previously promised. The engineers at HTC had struggled to fit the latest iteration of the HTC Sense UI into the Desire’s ROM and would therefore not be able to officially support the update on the device:

Our engineering teams have been working hard for the past few months to find a way to bring Gingerbread to the HTC Desire without compromising the HTC Sense experience you’ve come to expect from our phones. However, we’re sorry to announce that we’ve been forced to accept there isn’t enough memory to allow us both to bring Gingerbread and keep the HTC Sense experience on the HTC Desire. We’re sincerely sorry for the disappointment that this news may bring to some of you.

Desire owners replied to the Facebook post in their hundreds, many frustrated that a Gingerbread update was available unofficially and that HTC wasn’t able to do what third-party developers were consistently able to do.

Fast-forward twenty-four hours and HTC, facing intense criticism, decides that it isn’t going to deny Desire owners their Gingerbread update after-all, issuing yet another statement on its Facebook page:

Contrary to what we said earlier, we are going to bring Gingerbread to HTC Desire.

This suggests that HTC’s engineers were remarkably able to shoehorn HTC Sense into the Desire ROM, or it will drop it altogether.

What’s With All The Backtracking?

Despite HTC’s success, it still ranks behind Nokia, Apple, Samsung and RIM in terms of smartphone sales in the first quarter of 2011. With consumers now having a bigger choice of Android devices and desirable options in the form of Apple’s iPhone, HTC is making sure it can retain all of the customers it has.

With carriers locking customers into 24-month contracts, they are having to make more informed choices each time they upgrade. With update frequency and the ability to customize devices assisting them in making their decision, HTC’s decision to lock its handsets would only have lost it valued customers.

The company’s decisions may cause headaches but ensuring your customers are satisfied is key. Once Desire owners receive the update, their devices will feel like a new phone to them and memories of HTC’s previous actions will disappear.

HTC wouldn’t make the same mistake again after two high-profile cases, would it?

Read next: EverTrue taps social to give accurate fundraising databases