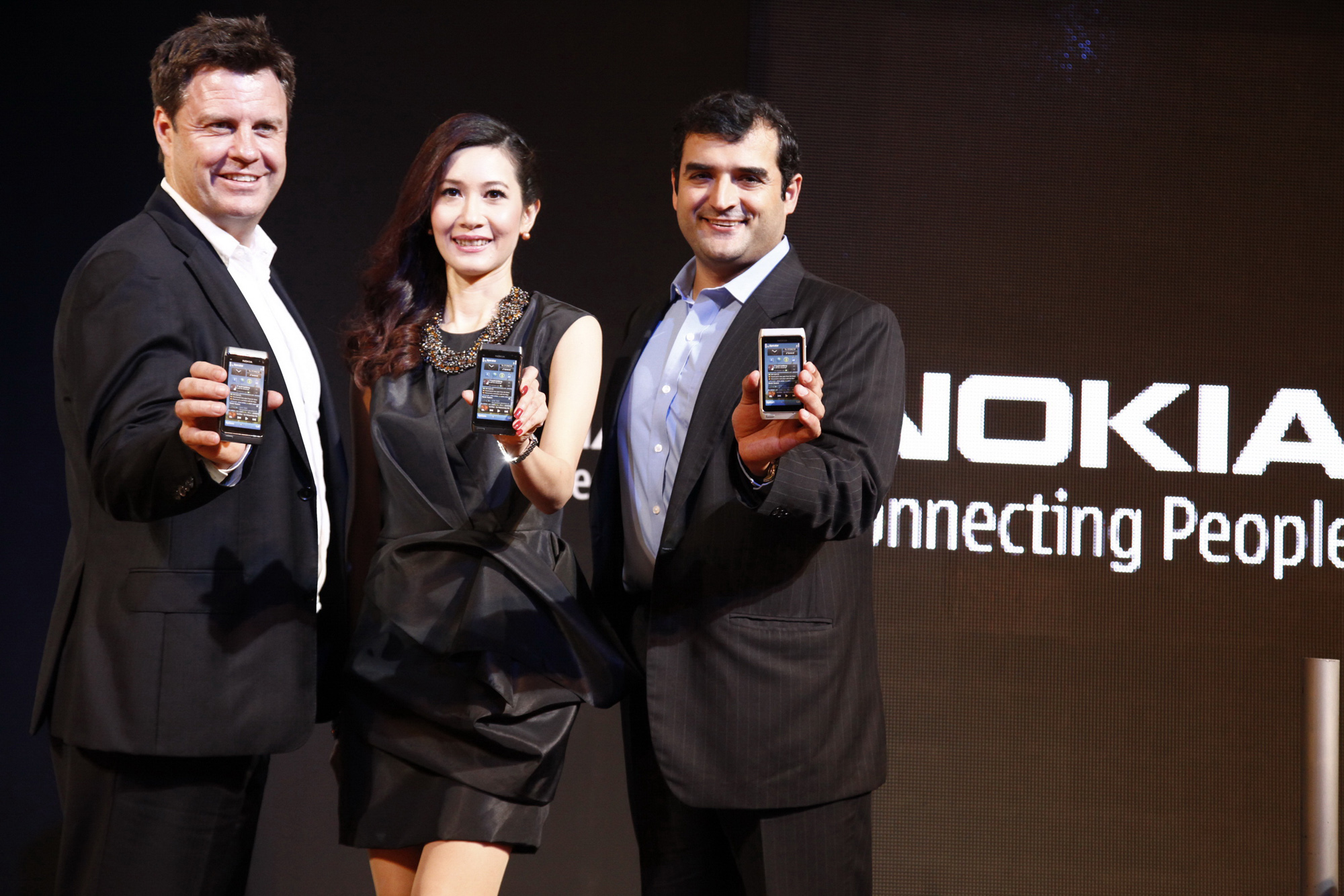 On Monday, Apple announced iMessage, which is essentially a full IM client that happens to live inside your standard Messages app. The “BBM killer” caused RIM’s stock to sink to its lowest level since 2007.  Now, Nokia is fighting back and has just announced its own free messaging platform: IM for Nokia, which is an instant messenger program that allows you to send messages to anybody with the same app installed, as well as one or all of the following: Ovi Mail account, Google Talk, Windows Live Messenger, Yahoo! Messenger and MySpace IM.

IM for Nokia is currently available from Ovi Store, but will come pre-installed on new devices over the coming months. To use, load the app in the applications menu of your Nokia phone and log in using your Ovi account or other accounts such as Google Talk. Then press the menu button on the bottom left of the screen and select Add friends and import via email address or Contacts. To chat, just press a friend’s name to open a chat window. Press Hide to keep the app running in the background to receive chats throughout the day.

The homescreen widget to the right is your control board for chat. IM for Nokia is available for Nokia X6, Nokia 5230, Nokia N8, Nokia E7 and will come preinstalled on Series 40 phones.

While early adopters and tech enthusiasts in U.S. and European cities are tantalized over the idea that iMessages may free the iPhone from the carriers once and for all, Nokia’s platform is especially strong in developing countries across Asia, the Middle East, Africa and South America. But its free messaging platform will only benefit users with free WiFi access or a reasonable data plan in those developing countries, otherwise standard SMS could still be the preferred method of communication.