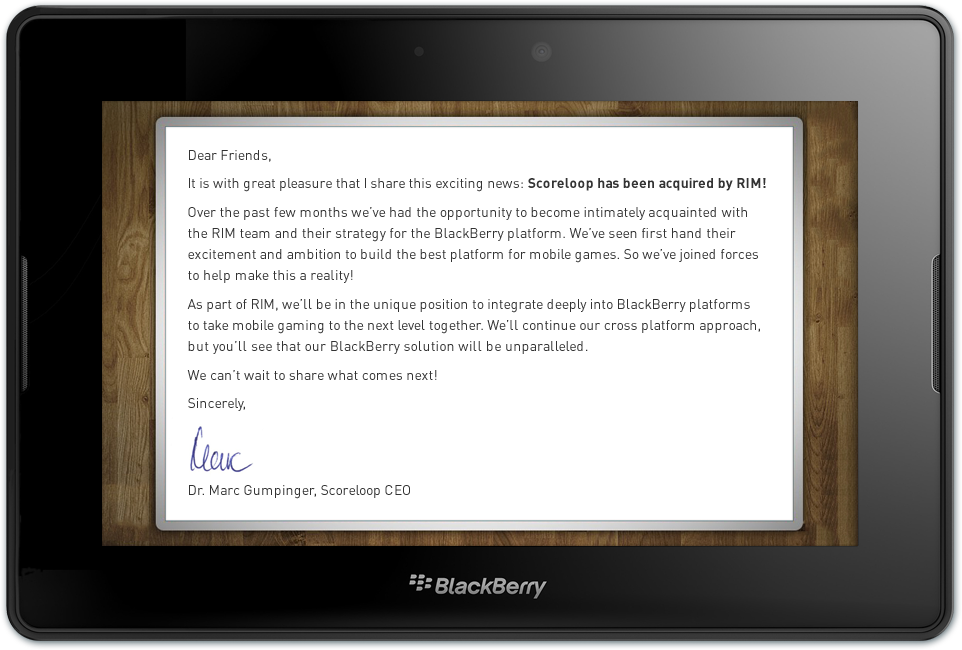 RIM has just announced that it has acquired Scoreloop, one of the pioneers in mobile social gaming.

Founded in 2008, Munich based Scoreloop is popularly known for offering cross platform social and collaborative gaming SDKs and adding social elements to a game.

Although the terms of acquisition were not announced, RIM said Scoreloop team will focus on creating social app experiences through its BBM Social Platform which was launched earlier this year.

Also, it will work with the Scoreloop team and provide tools to BlackBerry developers to help improve the social gaming scene on the BlackBerry platform.