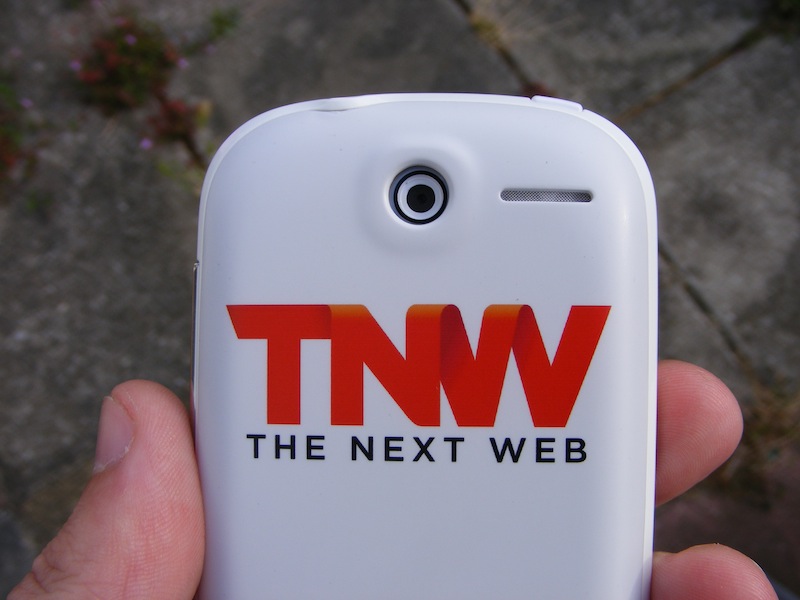 Just when you thought we had reached the pinnacle of smartphone technology, a device comes along that makes you stand back and marvel at how cool smartphones can really be.

We might have been a little overenthusiastic with its introduction but it’s not everyday you see a TNW-branded smartphone in the wild – in fact it’s the first time such a device has ever made an appearance. The handset in question is a Vodafone Smart, a device that sports a 2.8-inch touchscreen, a 2MP camera and Android 2.2 – and it oozes TNW goodness.

The logo on the back isn’t your basic sticker, that has been printed especially by Vodafone as part of a promotion for its new entry-level Android smartphone, which is yet to go on sale.

At £70, the Smart looks to be a fairly useful little starter Android smartphone for users migrating away from their old featurephone. We are going to do a full review of the mini Android handset and have it ready for you very soon.

Now, what would you say to owning this little piece of TNW goodness?