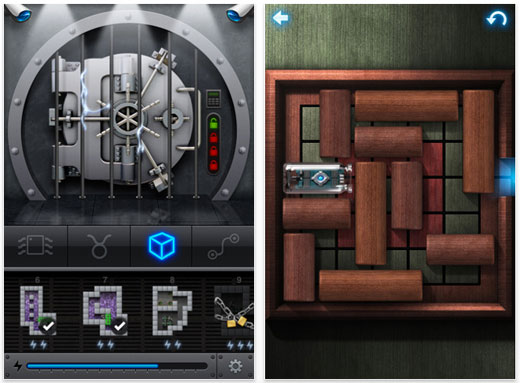 The Heist, a puzzle game from the team behind MacHeist that we covered recently, has beaten Angry Birds out of the US App Store’s Top Paid App spot in just half a day, bringing a record 275 day run for Rovio’s runaway app to an end.

According to The Loop, The Heist’s developers report 25,233 sales of the app in half a day, which was enough to beat Angry Birds — at least for now. It remains to be seen whether The Heist will see the sustained sales that have kept Angry Birds high in the charts for so long: the competition for a customized iPad 2 couldn’t have hurt initial traction. Both apps compete at the $0.99 price point, leaving only gameplay and smart marketing to differentiate them.

Angry Birds’ market saturation works in The Heist’s favor (do you know any iPhone users without a copy? I don’t!). Angry Birds has been around for long enough that the majority of iOS gamers have the app already, reducing the pool of buyers for Angry Birds with a market ready and waiting for fresh blood and new challenges.

The Heist has also taken the top spot in the UK, where Angry Birds is only the fifth most popular paid app. And in Australia, both games appear on the chart but it’s Little Wings sitting at #1.

It’ll be interesting to see how sales of The Heist are looking in a few days, and what Rovio is preparing to do in response to this threat against its chart dominance.

Read next: Social media overtakes personal email use for Indians