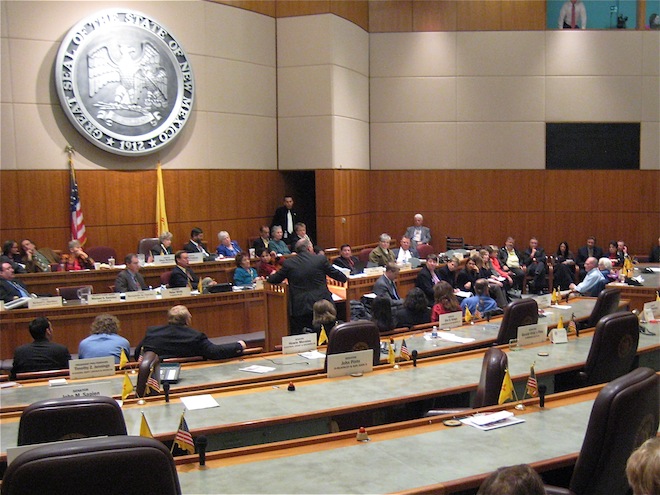 It shouldn’t be surprising that any section of the US government would conflict itself, have unreasonable demands and be generally clueless about how to approach technology. However, after watching the Senate Judiciary hearing on mobile privacy, I’m honestly shocked.

First off, let’s talk about the conflicting desires. While senators passed around demands to Google and Apple that the companies make better disclosure and stop storing unnecessary information, Jason Weinstein, the deputy assistant attorney general for the criminal division of the Department of Justice had another idea — Store everything.

“…when this information is not stored, it may be impossible for law enforcement to collect essential evidence.”

As cnet notes, this is a very strange venue for Weinstein to push the DOJ’s agenda for data retention. Essentially the message that’s being sent is that the Justice Department wants Google and Apple to get rid of all data collection, unless it’s for use by the government.

In fairness, Senator Leahy did bring preface the entire meeting today with a singular point:

I just want to be clear — the answer to this problem is not ending location-based services. No one wants to stop Apple or Google from doing what they do. You guys are brilliant. When people think of brilliance they think of the guys that founded your companies. Today is about finding a balance.

But then just as quickly as the balance seemed to be struck, it disappeared. As the hearing moved on, we heard from Senator Whitehouse from Rhode Island. The difficulties that he expressed in dealing with the scenario all seemed to stem from the fact that there wasn’t a viable way to compare today’s ecosystem with existing business.

Stating that surgeons in the US have to abide by certain rules, as do pharmaceutical companies and other businesses, Whitehouse had the pained look of a high school sexual education teacher while trying to decipher the ways in which Google and Apple should be standardized. It became abundantly clear that the leaders represented today simply do not understand the issues at hand beyond a macro scale.

“We go after the trucking company if it knows what it is carrying.”

While this is very true, it simply doesn’t fit the scenario and the US government clearly needs a better understanding of the technology at hand. Simply put, there is no business to which today’s mobile industry can be compared. It has rewritten the entire rule book and now it’s time for the government to step up and start studying.

Let’s look at facts — No consumer is asking the trucking company to haul hazardous materials in unsafe ways. Likewise, mobile isn’t some medication that has been prescribed by a doctor. The existing structure for oversight just doesn’t work for mobile business. Consumers have choices in mobile that do not exist in other parts of the economy. While it is absolutely Google and Apple’s responsibility to treat data correctly, in many cases the consumer has asked for that data to be gathered.

The problem at hand is one that we’ve run into for the past 15 years. The landscape of mobile business has completely changed and the government isn’t yet able to understand it. With mixed messages, demands that are absolutely unreasonable and general confusion, today’s judiciary hearing was prime evidence of the issues that must be addressed. Interestingly, the majority of those issues have nothing to do with the businesses in question.