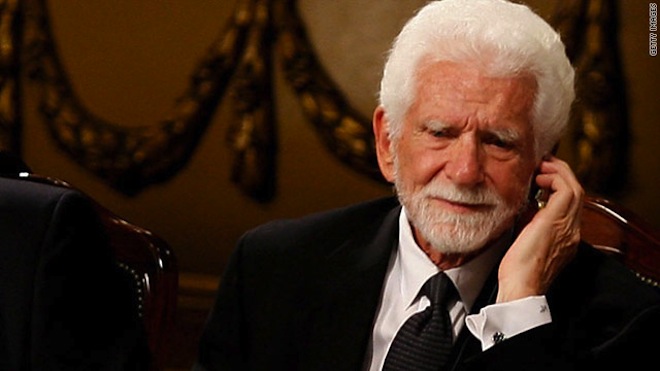 Martin Cooper was walking the streets of New York, talking on the phone. As he did, people were staring at him in wide-eyed wonder. Why, you might ask? Because it was April 3rd, 1973 and this was the first time that anyone had made a mobile phone call in public.

Oh sure, they had happened in labs. But until this point, the idea of a mobile phone seemed improbable, if not impossible. Cooper worked for Motorola at the time and, according to an article on CNN, made a very important point:

People want to talk to other people — not a house, or an office, or a car. Given a choice, people will demand the freedom to communicate wherever they are, unfettered by the infamous copper wire. 38 years later, we carry phones that don’t even begin to resemble the old Moto “brick” devices (as Cooper is seen with, on the right). Our sleek, highly-custom devices are far more akin to portable computers than phones, and in fact often times do phone calls the least well of all of their abilities.

Cooper is still around, and still working in technology. He’s 82 years old and my what we’d give to hear his thoughts on how things have changed. Did he ever dream that SMS would be built on cellular networks to assist people in times of disaster? Would today’s staggering mobile ownership numbers surprise him? These are questions that maybe we’ll get to ask, one day.

There’s a good chance that Cooper would answer a phone call for an interview, after all.

Read next: Indian mobile ad market up by 27 percent in just 90 days