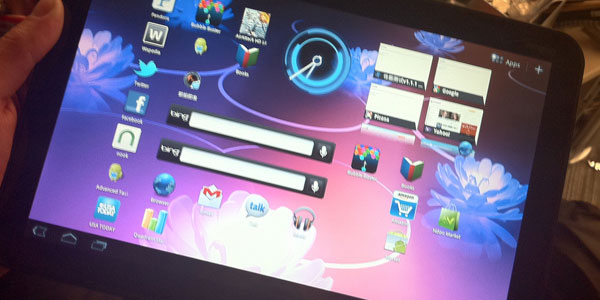 A month after the launch of the Motorola Xoom, which runs on Google’s Android operating system, developers are all but ignoring Android tablets.

Developer Justin Williams scoured the Android Marketplace for applications designed specifically for Android’s tablet operating system and compiled a list. The result of his search?

“Based on my criteria, I found 20 apps in the Android Marketplace for the Motorola Xoom,” Williams said in a blog post.

Williams notes that the Featured Android Apps for Tablets section of the Marketplace lists only 50 items, and that the majority of these are simply ‘upconverted’ from the regular smartphone edition — in other words, the interface is just bigger.

The iPad inspired developers around the world to come up with new interfaces to suit the unique form and function of touchscreen tablet computers, and Steve Jobs reported that 65,000 iPad-specific apps were on the iTunes App Store at the time of the early March iPad 2 press event.

This developer feeding frenzy was not to see a recurrence for the launch of the first device to ship Android 3.0 Honeycomb, a version of Android written for tablets.

There are reports that Motorola has canceled additional manufacturing orders for the Xoom after disappointing sales, with consumers shunning the device based on its high price, among other things.

Read next: Google Maps might cease operations in China