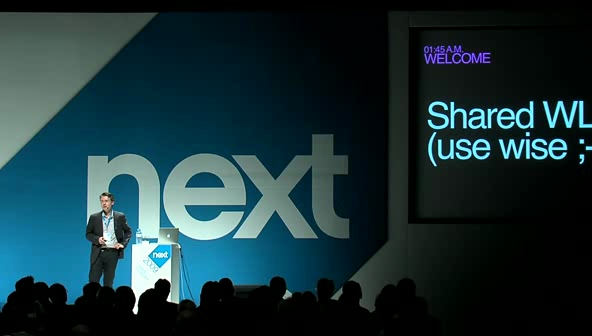 Walking around the floor at CTIA, I can’t help but be amazed. While there are some fantastically expensive devices, displays and machines, the economy as a whole has taken a hit around the world and the mobile device community seems to be working with it, rather than fighting against it.

Oh sure, there are massive, dual-core devices that tout 3D and more features than you’ll ever use. As long as there are mobile junkies, these devices will continue to exist. But many manufacturers, and a few of the parts providers as well, are noticing that there’s a large market of people who don’t want the most amazing phones on the market. They want functional phones that won’t run them broke, but still have some fun features.

In a meeting with Nokia today, the company seems very aware that the landscape has changed. Though, to be fair, it hasn’t changed in a bad way. Nokia states that its recent decision to move to the Windows Phone platform will be one that’s directed solely at its higher end solutions. The mid-range will be where the Symbian OS continues to live. Is a dual-OS choice right for every company? Not hardly, but it’s an interesting move for Nokia.

Speaking to LG, the company is moving toward more feature-rich smartphones, but isn’t neglecting its users who don’t want to spend a load of cash just to stay in touch. While it does have 3D models, it’s also touting quite a few mid-range handsets that it continues to support heavily.

Carriers, as I mentioned, are well aware of what’s happening in the ecosystem. Speaking to representatives from Sprint, the company is painfully aware that we’re all trying to stretch a dollar into two, while still keeping up with the tech that we love. Additional features, such as the native Google Voice integration, are coming at no added cost to consumers. While that’s partially because of being a free service from Google, Sprint seemed proud to be able to offer the new infrastructure without having to raise costs.

So how is it a barometer? 3 years ago, you’d have never seen the mobile manufacturers blink an eye about over-the-top devices. Today, not only are the eyes blinking, they’re focusing in on customers that don’t need the biggest and best, they just need solid devices.