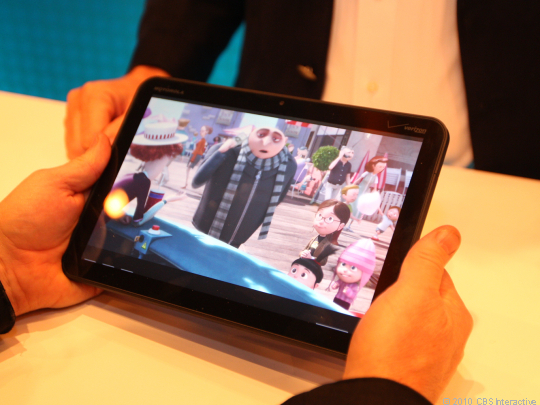 Motorola’s Xoom tablet has been spotted in the wild bearing a Sprint logo, suggesting that the Honeycomb-powered tablet could be on its way to the US carrier before long.

A leaked image surfaced on the SprintUsers forum, posted by user “r0fl” who is said to be well known for his ability to provide information on new Sprint devices before they are announced.

The Xoom recently launched on Verizon, indicating that the tablet would receive an LTE upgrade shortly after release. With a Sprint-branded Xoom making an appearance, and suggestions that Sprint would be delivering two WIMAX-enabled devices, it is possible that the carrier could release the 4G LTE-equipped Xoom before Verizon.

If you intend on getting a Xoom, it might be best to wait to see what Sprint has planned. With two carriers offering the same tablet, it could result in lower pricing and better deals.

Read next: E*TRADE launches its community platform. Should stock markets be social?