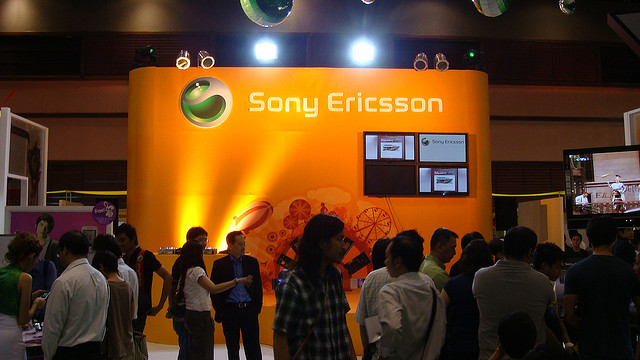 Only hours have passed since Engadget posted its exclusive report on a new Android tablet from Sony Ericsson before Dutch gadget site NieuweMobiel managed to obtain pictures of a new Sony Ericsson tablet in the wild, amongst other company smartphones.

Spotted at the TDIA booth at this years Mobile World Congress, Sony Ericsson’s tablet is labelled with TD-LTE markings – indicating its partnership with China Mobile – but also a 3 megapixel front-facing camera.

The tablet itself looks to sport a 7-inch touchscreen which is said to be resistive, not capactive. It was also confirmed to run, at least in its test state, an unconfirmed version of Android.

From what we see, the Sony Ericsson tablet is nothing more than a prototype, perhaps something to indicate that the company was indeed working on a larger Android device. The bulky casing and huge panels are not something we would typically associate with Sony (Ericsson), let alone any other manufacturer.