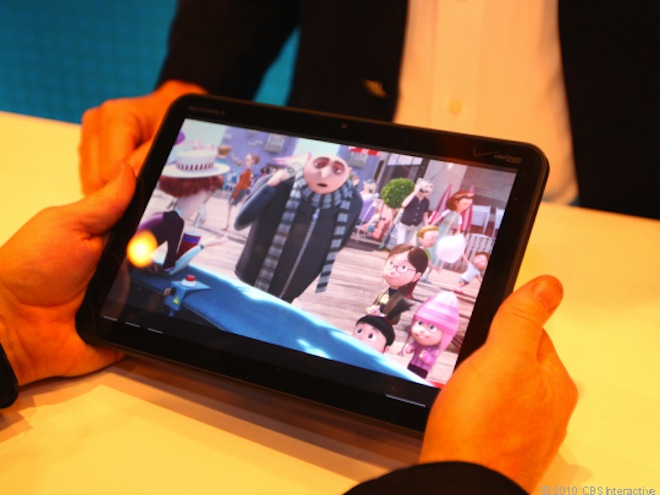 We tech junkies, we’re a fickle bunch. Why it was only a few weeks ago that we were gushing over Moto’s latest baby, saying that there were “tons of tablets, but only one Xoom”. Not long after, though, the harsh reality set in. What we saw at CES was just a video of what Honeycomb should look like on the Xoom. It wasn’t the real deal.

That brought us from the high to the inevitable low. The reality of the matter is that, until we could touch and feel the Xoom (or any other tablet) running Honecomb, it was all just speculation. Videos can make anything look good. Unless it really worked the way that it was supposed to, the Xoom and its ilk were vapor.

Today’s Android announcement at Google’s headquarters served to put those feelings to rest. Not only did we see Honeycomb actually running, we saw it on the Android darling du jour, the Motorola Xoom. It was slick, it seemed fast (with a few hiccups now and again) and it appears that we’re finally very close to having the Android tablet that always should have been.

Does it mean that we’re going to rush out and buy one? For $800, it’s not likely. Even if other rumors hold true and the Xoom runs $700, it’s still a difficult sale, whether or not it is comparably priced to a 3G iPad. Price isn’t the only factor, but that’s an argument best left for another post.

While Android might be grabbing more and more of the tablet market share, it’s going to take a device like the Xoom to really make things take off. We’re not placing all of our bets on the Moto tablet, but the company (with more than a bit of help from Verizon) has been instrumental in the success of the OS overall. Here’s hoping that the Xoom lives up to our expectations.

Read next: Bing smacks Google again: "We do not copy results - period"