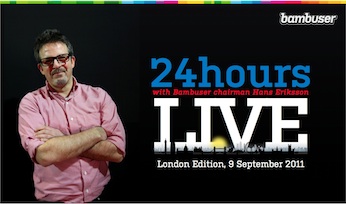 Samsung appears to have been the subject of some undeserving press over the last couple of days, thanks largely to an article from the Wall Street Journal which quoted Samsung executive Lee Young-hee as saying Galaxy Tab sales were “quite small” when in fact Mr Lee had said they were “quite smooth”.

Numerous outlets picked up the story, reporting that the 2 million sales of the Galaxy Tab were being confused with shipments and that actual sales were substantially lower than first thought.

Wanting to clear up any speculation, Samsung posted to its blog to correct the error, stating that Lee Young-hee mentioned that sales of the Galaxy Tab were “quite smooth”, not “quite small”. They also attached a IR recording of the call so that listeners could hear the evidence for themselves.

Even though Samsung has cleared up matters, we would be more than happy to take a look at the actual sales figures, putting an end to internet speculation completely.

Read next: Photopod: Manage your photos across the Web right from your iPhone