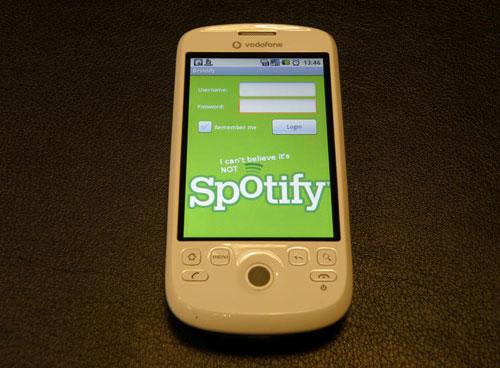 PaidContent is reporting that music discovery service Shazam has partnered with popular streaming service Spotify to allow users to open up songs they have discovered in the Spotify smartphone app.

The service, entitled “Play In Spotify”, will be available to both iPhone and Android users but will require premium subscriptions on both applications for the feature to work. Shazam offers a premium app called Shazam Encore which provides users with unlimited song lookups, whereas Spotify users must register at least a Premium account to be able to listen to music on-the-go.

The free app will also provide the feature but it will roll out to users by the end of March, a move aimed at generating more revenue for both companies. For those who don’t want to pay, a YouTube playback option is also provided.

In August we reported Shazam was adding a million users a week, topping 75 million users, by December it had eclipsed 100 million users. Spotify has enjoyed mixed fortunes, the service enjoys profitability in some European countries but has had to delay its US launch after negotiations with US labels broke down.

Being able to switch between the two apps and listen on the go will almost certainly drive new user signups and increase revenue for the two companies, pleasing users who have both apps in the process. If you don’t have either app, you can find more information here.