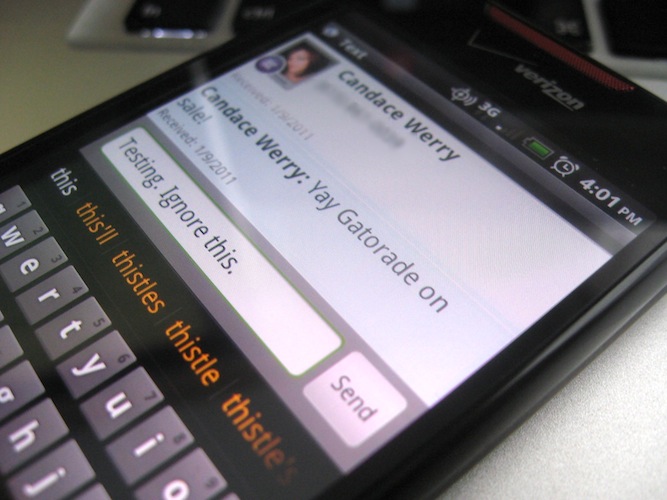 Jealous of all of your Nexus S-toting friends? Yeah, me too. Without a doubt the biggest thing that I love about pure Android phones or ROMs is  that the launcher is so clean. Of course, there’s also the added benefit of little things like a new Live Wallpaper or in the case of Gingerbread, a new keyboard.

So, want to try them out but don’t want to root your Android device just yet? You can easily snag the Android 2.3 launcher, live wallpaper and keyboard directly from the Android Market. According to Recombu, developer Steven Lin has done us all the favor of uploading the 2.3 goodies to the Market and has made them available for free.

To grab them, just head to the Market and search for “Gingerbread launcher”, “Gingerbread keyboard” and/or “Gingerbread live wallpaper”. Make sure you grab the uploads from Steven Lin and you’ll be set. Of course, you’ll need to set the new keyboard and launcher for use, just as you would with any other keyboard or launcher.

The new live wallpaper is slick, looking much like the one from Android 2.2 but a bit cleaner without the gridded background. The launcher is very similar to what you’d see from AWD Launcher, including 5 screens and quick access boxes on the bottom. The keyboard, probably my favorite feature, has a load of great options including the ability to do one-touch word selection for suggestions and copy/paste.

Overall, really slick apps and no risk involved. That’s just the stuff we like to see.