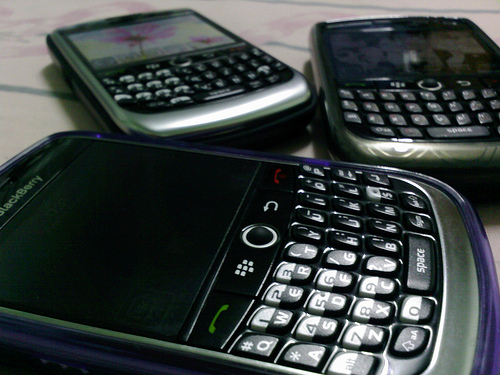 Canadian smartphone manufacturer RIM has found itself in the middle of yet another controversial issue, this time facing a ban in Indonesia if it doesn’t work with government regulators to restrict access to pornographic websites.

Communications and Information Technology Minister Tifatul Sembiring has given RIM until January 21 to begin filtering websites, suggesting the entire browser functionality of BlackBerry devices could be blocked as a result.

Indonesia is host to he world’s largest Muslim population and has been scandalised by the release of sex videos of some of the countries most popular celebrities, leading to calls the Internet should be properly filtered. Sembiring, who represents a conservative party tweeted on Sunday that the call for RIM to help block access to such websites was just him “executing the laws”.

Previously RIM has sought to resolve issues in countries including India, Saudi Arabia and the United Arab Emirates, the company has worked with regulators to allow government access to messaging services that were thought to enable terrorist communications as well as addressing a number of other security concerns.

“This isn’t just Indonesia,” said Heru Sutadi, a member of the Indonesian Telecommunications Regulatory Body, which oversees the industry. “Middle Eastern countries are also being hard on RIM. By looking at the big Indonesia market, I’m sure RIM will obey.”

RIM with meet with government regulators on January 17 to officially request the block, a move aimed at restricting access to pornography, not specifically at RIM itself, most Indonesian providers already provide blocks.

If RIM decides not to filter, the government will ask RIM to close its browser service for all two million Indonesian BlackBerry owners.

Read next: Facebook Blocked in Algeria Amid Riots [Updated]