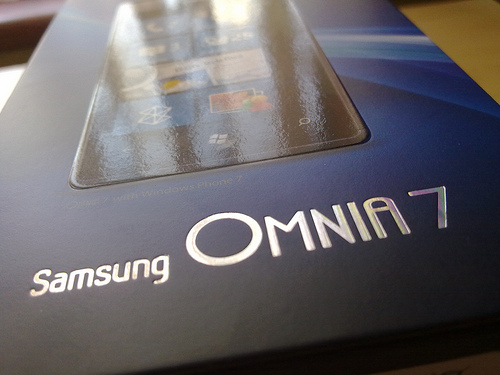 The Wall Street Journal has reported an interesting piece of information on Samsung’s upcoming Windows Phone 7 roadmap, suggesting Samsung will be ready to unveil its first 4G-enabled Windows Phone 7 handsets at Mobile World Congress in February.

“We are in a position to supply 4G smartphones and tablets to all of the U.S. carriers.”

Not clarifying any product details, Shin did note that consumers should wait for Mobile World Congress which commences in February. He also hinted that Samsung would also be announcing details on its dual-core processors at the same time as the new 4G Windows Phone 7 handsets.

Shin declined to provide many details on future product launches, only saying to wait for Mobile World Congress in February. But he hinted that Samsung would have more details on a dual-core processor, as well as a 4G version of Windows Phone 7.

It looks as if the rumour mill will get started as soon as CES 2011 ends, building up buzz for the upcoming MWC conference in Barcelona. I’m sure you are excited as we are to see what manufacturers have up their sleeves.

Read next: RIM's BlackBerry Playbook Still On Course For Q1 US Release