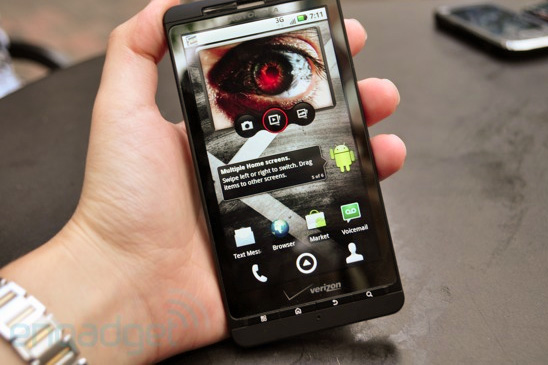 While we’ve asked the question a few times here at TNW about the lack of LTE devices in Verizon‘s lineup, CES has not disappointed. The first of Verizon’s LTE phones, according to Laptop Memo, will be handled by its partner in Android success, Motorola. Want the specs? Here you go:

Of course, to top off all of these lovely features, you’ll also have the ability to run everything at blazing fast LTE speeds — if you’re in an area that is covered. Oh, and you’ll have to wait until at least April before getting your hands onto one. The closest that we have to a definitive date is “second quarter”. There’s also been no pricing set, but you can almost bet that the typical $199 on a 2-year contract will continue.

From the looks of things, the Bionic is a rework of the wildly-popular Droid X. With the gigantic screen and similar high-quality display, the Bionic looks more like a refresh than something entirely new. What remains to be seen is the true advantage that LTE will bring to a mobile phone experience.

Will the Bionic change our mind about the X being Verizon’s best phone? We’ll have to wait until we get our hands on one, but we’ll let you know soon.