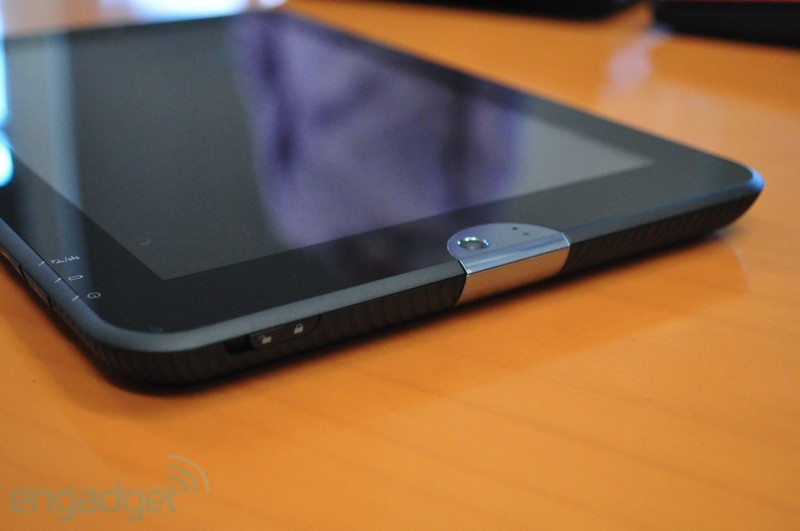 Toshiba has announced it will be entering the tablet market once again, this time coming with a 10.1 inch, dual-core Tegra 2-powered device that will run Google’s Honeycomb Android software once the operating system update becomes available.

Engadget had the chance to look at one of the devices a few weeks before Toshiba decided to announce its new tablet, presumably waiting until CES 2011 was upon us, creating a buzz so attendees will want to see what the tablet is like in the flesh.

The unnamed tablet will be exactly the same size as the iPad, coming in a tiny bit heavier but packing some impressive features. The tablet will feature a capactive 1280 x 800 high resolution display, an ambient light sensor and an accelerometer. That’s not all, it will also ship with a 5MP camera on its rear with a 2MP camera for video calling on the front, coming with an array of accessible slots and jacks with USB, HDMI, SD and mini-USB all catered for.

At the time Engadget viewed the device, the operating system wasn’t ready so the tablet was never turned on. They did get to handle it though, remarking that the device was solid in the hand and that it had a swappable rubberised rear panel meaning it could be customized but also that the battery could be replaced if needed, +1 for Toshiba.

The tablet will be released when Google drops Honeycomb, this is expected to be around May time. Expect some more information on this tablet to be announced soon.