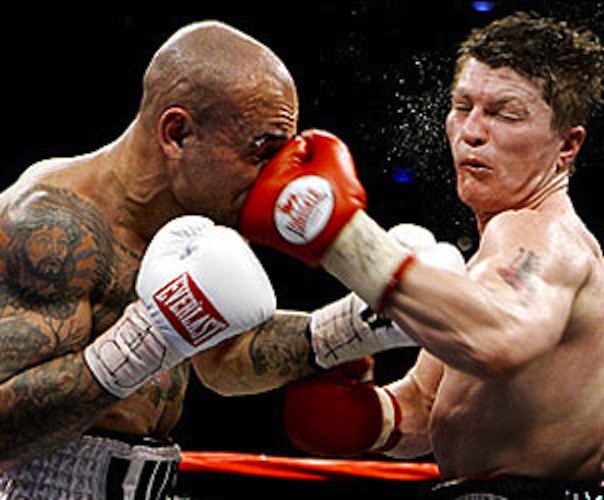 photo © 2009 nrkbeta | more info (via: Wylio)A few months ago, I wrote a piece that talked about why I chose Android over iOS. A bit after that, having come to a more definitive conclusion, I realized that this fight about iPhone vs. Android was really not a fair fight at all. In fact, you could only have a more apples and oranges discussion if you perhaps put up either of these devices against a complete dumbphone.

There has been a lot of talk lately about how Apple is going to have a hard time maintaining its position with the growth of Android. The talk from the Android camp is how much better the Android OS is compared to iOS. Then, bringing up the rear, you have the newly-formed Windows Phone 7 fans who think that everybody else is wrong entirely. So who’s right? Everyone and nobody, depending on how you look at things.

You see, there are fundamental similarities between all of the true “smart” phones on the market. They do applications, they have an operating system that can support 3rd party function and they have keyboards. Beyond that, though, the differences are numerous. It’s because of these differences that there’s room for more than one “winner”, as it were.

photo © 2010 Axel Bührmann | more info (via: Wylio)iOS runs on what is likely the most impressive piece of hardware on the market. The iPhone 4 is a marvel of engineering and simplicity. It’s beautiful, it’s functional and if you’re not prone to dropping it on the ground it’s even durable. It is, arguably, the best smartphone on the market, OS notwithstanding.

Android runs on a variety of devices, from the cheap to the rather amazingly expensive. Each has their plusses and minuses, but you pay for what you get more often than not. Want a Nexus S? It’s going to run you some serious cash. The same goes for the HTC Evo 4G or any forthcoming LTE phone. They’re likely going to be expensive. Why? Because they’re serious hardware. Not as “pretty” as the iPhone, but still serious and seriously expensive.

Windows Phone 7, as we know, has a variety of devices as well. Don’t be surprised, if it takes off, to see this same Android versus iPhone discussion come down to Android versus WP7 or iPhone vs WP7. Those arguments will happen. But there are fundamental differences in how each of the systems work.

The plain fact is that iOS remains widget-free likely because Apple has a longstanding history of success in simplicity. Apple as a whole tends toward things that just work, without extra bells and whistles. To that point, the MacBook Pro (another of Apples top of the line devices) is one of the simplest laptops on the market. Why? Because it works, so why change it?

photo © 2010 Tyler | more info (via: Wylio)If you’re a heavy user of Google products, then there is simply no better choice on the market than Android. Sure, you won’t get a phone that rivals the iPhone 4, but you’ll get easy access to everything that you use and integration is key. Don’t believe me? Ask any Windows user who has tried to deal with iTunes. The program runs brilliantly on OS X, but chokes to a painful death on Windows. Why? Integration.

So then, is there still room for Windows Phone 7? Absolutely. More people still use Hotmail than any other free email service. Windows Live, as a platform, is still wildly popular. We “tech elite” (read that as snobs) tend to write off products years before their death simply because bleeding edge is the way that we live. But even some elitists are loving what they’re seeing out of the Windows Phone OS, and their opinions will influence others to purchase the devices.

So what will 2011 hold? John Gruber brings up the question of whether or not iOS can remain the leading platform for mobile without being the highest selling platform. He rephrases to ask whether iOS and Android can both thrive in 2011. My answer? Absolutely, and then some.

You see, even though people do have emotional attachment to one device or another, there are those that simply buy devices that they think are good. If the iPhone hits Verizon, it will get a massive market boost. If it doesn’t, it will still hold a high sales figure simply for the fact that it’s a great device. The same can be said for Android, though. With lowered prices, it’s covering a wider spectrum than the iPhone, and sales are still sales no matter how you look at them.

And this is precisely the reason why everything is subjective. It’s not a race of one beating another. Rather it’s a race of people abandoning dumb phones for smartphones, regardless of what brand or OS the devices run. Is Apple going to be successful with the iPhone 5? You bet. Will Android continue to grow? Yep. Will Windows Phones likely take a hold? Sure looks that way. So lay aside the bickering and just be OK with the fact that users will buy what users like, and as such there’s room at the top for more than one. It all depends on your definition of the top.

Read next: iOS apps may be selling your information, according to newly-filed lawsuit