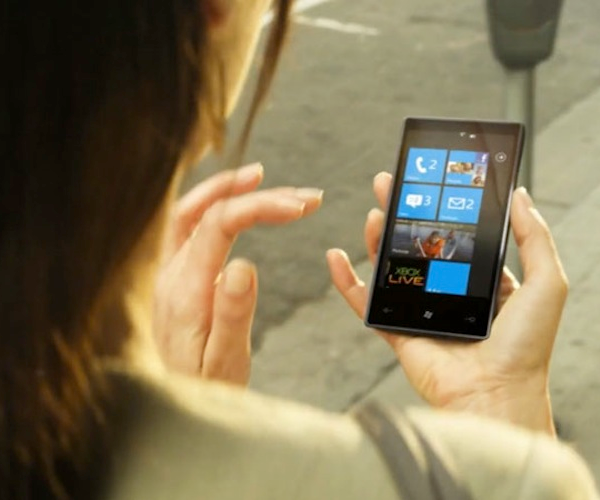 photo © 2010 Yutaka Tsutano | more info (via: Wylio)I used to be jealous of people who owned iPhones. After my initial “I’ll never use that” wore off, it became obvious that applications in the palm of your hand was a pretty cool idea. That idea continued, as did my jealousy, until I started using the Android platform.

Come to find out, I’m not as app-centric as I thought I might be. Rather, I make use of widgets far more than I ever open applications on my phone. Sure, I like the fact that I can listen to music, watch videos, play games and the rest, but generally speaking I’m happy that my applications simply exist when I need them but are otherwise out of sight.

When Windows Phone 7 hit the market, a number of us in the technology-watching sector were pleasantly surprised. Though the phone has had its share of skeptics and issues already, Microsoft is onto something with its new OS. Mind you, it’s not the phone itself. Much like Android, the phone isn’t really the story.

Herein lies the problem, though. With the iPhone, the phone actually is the story. There’s no denying that the retina display is amazing. There’s also no denying that the hardware is second-to-none (save for that slight antenna issue). But if you put that aside, focusing only on the OS, I think it’s safe to say that even Apple might have something to learn from what Microsoft is doing. photo © 2008 D.Begley | more info (via: Wylio)This is where the screaming trolls come rushing in. Yes, I am indeed suggesting that Mr. Jobs could take a lesson from Mr. Gates (or Ballmer, as it were). The fact is, an apps-centric OS isn’t quite enough anymore. If you look at iOS, then you look at Android and finally take a peek at Windows Phone 7, it looks like evolution.

It’s as if the Android developers looked at iOS and say “hey, that’s great, but what if you didn’t have to open an app to see the weather and Twitter updates?” With that thought, widgets were born. Not to replace apps, mind you, but rather to be time-saving supplements to them. Today, some of my favorite apps are the ones that simply have great widgets. That’s been my sole complaint about TweetDeck on Android — the app is great, but the widget sucks. Seesmic still wins that widget race, hands down.

But then Ballmer and crew step in. They look at the next glaring reality and decide that it’s time to do something about the problem. That reality? There’s all of this screen space, all of these home screens…and there’s not a lot filling them. So what if we just narrowed down to a single, primary screen where all of your most important information was shared? What if you could fully customize that screen to show what you really wanted and thus eliminated the majority of need to open any applications? Would it speed up the overall process of using your phone? The Windows Phone 7 commercials would have us believe just that.

And so I posit to you, dear readers, that perhaps Apple needs to rework its way of thinking about iOS. Sure, iPhone users love their apps, but wouldn’t they also like widgets? Is this evolution, seemingly at the next iteration via Microsoft, the direction that Apple should have gone in the first place? Would the iPhone vs Android battle be even more bloody if both operating systems functioned in the same way?

Or is Apple just doing what it’s famous for doing? photo © 2010 Diego Torres Silvestre | more info (via: Wylio)Typically speaking, Apple is not a risk-taking organization when it comes to introducing new features. Its insistance on keeping FireWire alive notwithstanding, the company typically keeps a very conservative stance on changing how things happen, often letting others venture into unknown territory first before leaping in and showing how it should be done much later. Will we see widget integration to iOS in the next version or two, or will Apple do something completely different?

As it stands, iOS is still the hands-down winner for quality applications, But in a user market that appears to be shifting toward faster operation, can Apple choose to ignore that move without suffering for it? Or maybe I’m completely off and widgets are simply useless GUI pieces. Whatever your opinion, I’d love to hear it in the comments.