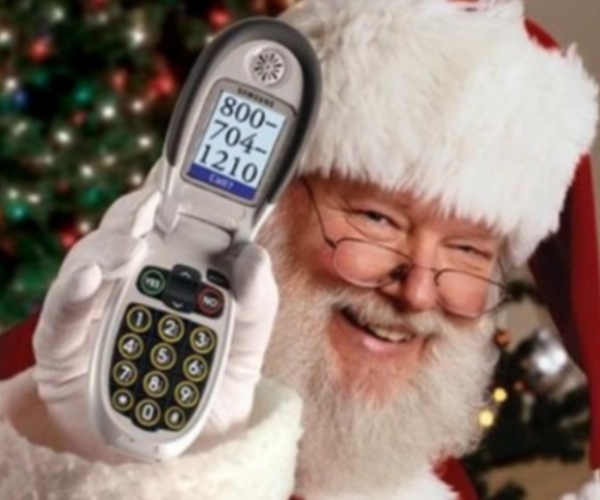 The Cinema Seat iPad accessory aims to make long car rides with the kids more enjoyable. It simply enables the iPad to fit on the back of the car seat by the use of stretchable straps that fit around the headrest.

There are several reasons this is a good idea. First off, depending on the age of the child, it might not be the best idea to let them mess with the iPad. The idea of possible spills, scratches or the deletion of documents would make any iPad user cringe –this accessory makes the iPad hands-off. Also, if there’s more than one person in the backseat, someone would be stuck holding it on their lap but with Cinema Seat, the iPad is nicely positioned at eye level. The backseat case additionally holds small accessories in its pocket and still allows users to access iPad connector and controls. It’s priced at $39.99. Sure, these accessories are a bit strange but they’re perfect for foodie-iPhone nut in your life. Strapya cases are available in a variety of unique styles including; bacon & eggs, sushi, spaghetti, hashbrowns, chocolate –even Christmas cake. The bacon & eggs design is my personal favourite but they’re all brilliant and appear to be very realistic. One thing’s for sure, if you buy one of these cases, there’s a pretty good chance the recipient of the gift doesn’t already have one. The Strapya cases are between $40-$47. The entire line of GorillaPod accessories are used stabilize devices such as cameras, fiipcams and iPhones. The GorillaPod is a tripod supported by three legs however it’s different from standard tripods because the legs are bendy and can be wrapped around and hung from objects, a perfect fit for the “guerilla” style videographer. There are tons of possible uses for this accessory but podcasting (by yourself) is probably the best example because it can be a difficult task to film yourself. Podcasters could easily shoot a video of themselves by attaching the device to a pole or tree and it completely eliminates the need for someone to hold the device while filming. There are different models available for iPhone 4, 3G, 3GS and the iPod touch. The GorillaPod iPhone 4 tripod comes with a bonus clip and a universal camera adapter clip with a º-20 screw. Depending on the iPhone, the prices range between $29.99- 39.99.

Do you know someone who constantly leaves their phone at home? Bringrr is a Bluetooth accessory that fits into the car’s power socket and is capable of telling you when you forgot your device. When you start the car, Bringrr will immediately start searching for the device over Bluetooth and if it can’t find the device, it notifies the user that the device is out of range. Aside from reminding users to grab their devices, the Bringrr Charge model also charges the battery while the Bringrr Classic is limited to acting as a ‘device reminder’.Bringrr is available in 2 different versions; iPhone and Micro USB (Android). The models are $29.95- $39.95 and it works will almost all Bluetooth enabled devices. If there’s someone on your shopping list getting the iPad, Scosche’s KickBACK P1 case is a great gift for ensuring its protection. The case is made of shatterproof polycarbonate and shock resistant rubber coupled with traction nubs and a kickstand that props the iPad up in both landscape and portrait modes — perfect for lying back and watching media. Using a shockproof case is ideal for accidental falls. An accessory I’d definately throw on before handing the iPad over to my accident-prone nephew. The positioning of the kickstand located on the back is also handy for typing as it can be adjusted for low angle typing. The KickBACK P1 comes in solid black and costs $59.99. The iTrip DualConnect gadget accessory is an FM transmitter and iPhone & iPod touch battery charger in one. The FM transmitter part of the accessory will broadcast your device’s music over FM frequency, so users can listen to their device’s library through the car stereo. It plugs into the car’s 12 volt power outlet allowing the iPhone/iPod touch to charge through a dock connector that attaches to iTrip. Setting it up appears to be very simple with the use of their free companion iOS app. Using iTrip’s app, the car radio is tuned while adjusting the signal levels to achieve a high quality sound. This accessory provides and AUX jack as well, giving users a way to transmit the signal directly through an AUX port. Skipping a song, pressing pause or hitting stop during a song is possible through play/pause/forward/back controls located on the front of the device. Griffin’s iTrip DualConnect is $59.99, not a bad price considering you get two accessories in one. The Powermat 2X Portable Mat is a great gift for mobile gadget nuts because it allows users to charge multiple devices without the need of a power outlet. It sports a built-in rechargeable high capacity battery that gives the devices a charge, and it supports up to 4 charges for most devices. To use the Powermat, users simply drop their devices on the mat and it magically starts charging. This specific model of Powermat is equipped with a powercube that lets users charge tons of different devices with the use of tips. Multiple devices become compatible after the user attaches one of 8 tips to the gadget they wish to charge. Powermat 2x additionally comes with a power supply to charge the rechargeable battery. When the charging is finished, the powermat nicely folds up and fits into the provided carrying case. It’s available for $129.99. Sadly, the multi-touch displays of the iPhone, iPad and Android don’t work if you’re wearing gloves. And, ripping off the gloves in zero below weather to simply check your phone, can be seriously annoying if not a painful task. However, there are quite a few brands making multi-touch supported gloves that solve this issue. One of my favourite pairs are called the North Face E-Tip. These gloves don’t have any other special features aside from working with the touch screen but the design looks ultra-techy and they seem to be thin enough for proper typing. As we’d mentioned, there are several types of these gloves available including; Dot gloves, Tavo gloves and free hands gloves. Overall, a pair of multi-touch supported gloves is a thoughtful gift idea for mobile obsessed friends and family. This Anti-Glare film accessory is a protective sheet of plastic that fits on the screen of the iPad. The plastic was designed to reduce glare, fingerprints, dust and smudges while giving users a higher detail of sheet to view the screen through. The sheet sticks to the screen using static which avoids leaving behind any gross/ sticky residue. $34.95 might be a lot to pay for a single sheet of plastic but scratching a $600 iPad is far worse than dropping $35. I’m sure any iPad user who receives a screen-protecting accessory will be very thankful.

Newpotatotech have designed series of accessories that can turn your iPhone into either a slot or pinball machine. Pinball Magic aims to recreate the tactile arcade experience with a working mini pinball case that fits around the iPhone by connecting to the standard 30pin connector. This accessory is similar to real pinball machines and sports a rotating beacon light, animated LED light score board, ball launcher, flipper buttons, credit/select buttons and has folding table legs. Pinball Magic works with a free app available in the app store however, it’s posted on Newpotatotech’s site that it will support additional third-party pinball apps very soon.
The game-play offers a few different modes and layouts; multi-player (support up to 4 players), tilt detection, end of ball, replay bonuses and various multi-ball modes. This case supports the iPhone 4 or any iPhone and iPod touch. The iPhone fits into the JackPot Slot case in the same way as Pinball Magic but this one will sync and charge the iPhone. Think of this like a tricked-out charge and sync dock for the device. It comes with a USB charging cable for charging along with an arm that turns the iPhone into a one-armed bandit. The JackPot Slot works with an iOS app that gives users lots different slots games at different levels of difficulty — you can even win real prizes. Once a user accumulates 50,000 in credits, they are entered in a draw at Newpotatotech and have the chance to win weekend getaways and other select prizes. Both Pinball Magic and JackPot Slots work with the iPhone and iPod touch and are available for $79.99

Read next: textPlus brings group messaging to the iPod Touch and iPad, at a cost