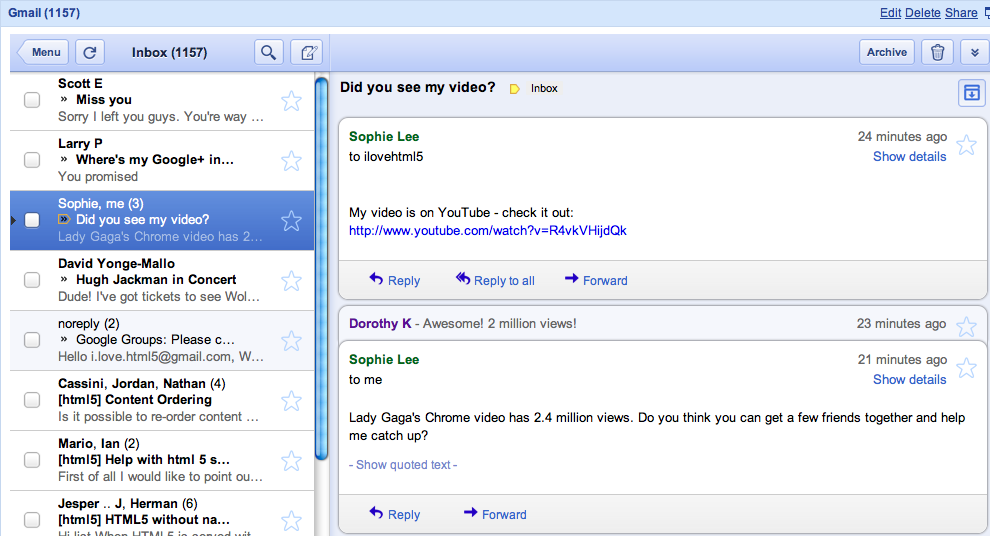 Ever since the more solid rumors started flying about the iPhone coming to Verizon, people have been wagging their tongues talking about how it will only make sense for Verizon to throw a shot at AT&T by offering an LTE version of the phone.

Plain and simply, it’s likely that they’re wrong. Will there be an LTE iPhone? Almost surely. Will you see it sometime before Q3? Not a chance.

That’s the question that’s takes a bit of speculation to answer. However, since we’re already speculating that Verizon will even have the iPhone, we might as well speculate on the rest as well.  Looking at Verizon’s methods, rolling out the LTE iPhone as a first-run device just doesn’t fit the picture. Looking at Apple’s current test crops, the LTE version hasn’t even been rumored to exist.

When LTE came out, I had the chance to sit down with a Verizon employee who is acutely familiar with Verizon’s plans for the service. Everything that she told me that day has been shown to be completely true. One thing is shining out above the rest — Verizon’s plan for LTE doesn’t involve phones as much as it does everything else.

That was proven true by the fact that, on the day of Verizon’s announcements, nearly everything that was talked about was infrastructure and how the service would integrate into appliances rather than devices. So far, we’ve seen 2 devices come out for LTE, and support for them is highly lacking. Though the service is great, phones simply aren’t the goal here.

Now, let’s look at the Apple side of things. Every rumor we’ve heard about the CDMA iPhone has been just that — CDMA. An LTE phone requires more. Without getting entirely too technical, there simply have been no reports of an LTE iPhone that has been out in the wild. Also, bear in mind how long it took for Apple to even integrate 3G into the older version iPhones. Apple doesn’t do well biting into technology that isn’t proven. Bet your money on the company holding its LTE cards close until we see how the service takes off in the US.

Here’s another fact that’s hard to swallow — Apple fans are a money-spending bunch. If the CDMA iPhone were to come out tomorrow, people would be flocking to Verizon to get their hands onto one, whether it were an LTE device or not. The smart money idea, then, is for Verizon to capitalize on that fact while it continues to work with Apple to roll out an LTE device.

The timeline? My best guess, given what I’ve heard from a “friend of a friend”, is that we’ll indeed see the Verizon iPhone in January (and no, it won’t be announced by Steve Jobs on stage at CES). It will be identical to what we’re seeing right now with the GSM version, only with a different radio. Oh, and don’t bet on a white one either, from the rumors I’m hearing.

Fast forward to September. Apple will do its annual event, Steve Jobs will take the stage and the “one more thing” will not be music, but rather the LTE version of the iPhone 4. It’s a mid-lifeline launch, which is risky, but the 4 has had staggering sales and a 4G device simply makes sense, even if it is in the middle of the product life. [Though as some commenters have pointed out, this could actually be the iphone 5, I still stick to my assertion that it will be an LTE phone].

So there’s my prediction. If I’m right, I’ll gloat. If I’m wrong…well…I’ll be hiding. Have at it, folks. Let’s hear your thoughts in the comments.

Read next: 6 Gadgets To Keep You Warm This Winter