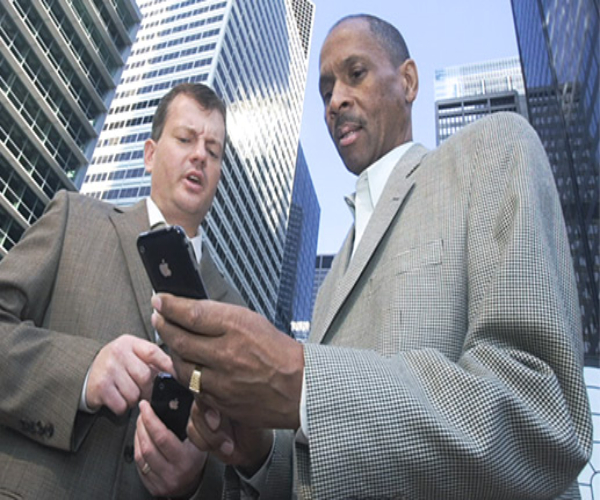 According to a report from the Los Angeles Times, the iPhone now makes up 23% of the business smartphone market while the leader, BlackBerry maker Research in Development (RIM) is sitting at 51%.

The survey, conducted by COMScore, suggests that Apple’s smartphone now accounts for almost a quarter of business smartphones, another sign that RIM is losing its iron grip on the market that it used to dominate.

Back in October, quarterly business and consumer sales of the iPhone passed RIM and BlackBerry for the first time. Apple sold 14 million devices and RIM sold about 12 million BlackBerrys. That of course led Steve Jobs to remark that Apple had passed RIM and that he didn’t see them catching up anytime soon.

As for the rest of the mobile world, Google and its Android platform sit at 12%, Microsoft and Windows Mobile/Windows Phone 7 sit at 9%, Palm and webOS at 3%, and Symbian at 2%.

COMScores’s survey is based on two months of data and because the data is there first in terms of business smartphone use, there didn’t include any trends. The survey also doesn’t factor in consumers who use their personal smartphone for business.

Instead, the data centers around business professionals whose companies either fully or partially pay their smartphones bill.

Read next: Mint, the king of personal finance, has finally come to Canada