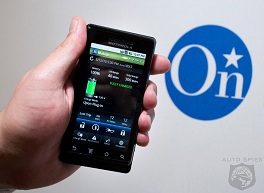 As I sit around, seeing everyone popping out more and more Android-based tablets over the past few weeks, I can’t help but be struck by the foolhardy nature of the manufacturers. After having had my hands on one for a few days, I couldn’t possibly agree with Google more that Android in its current form is simply not ready for the tablet. But there’s more to the story, and we’ll talk about that here.

While I won’t get into debating the finer points of the Android OS here, I’ll simply say that it’s a very strong mobile OS…on a phone. Coming from someone who is a recently-converted die-hard Mac fan, that’s saying something. In day to day use, Android 2.2 is lightweight, fast and using almost any quality application on it is a joy.

Booting up the Galaxy tablet, however, it just felt like I was using a comically-oversized version of a Galaxy S phone. Instead of providing a usefully larger screen, all I had were the same applications, but they didn’t run quite as well. The browsing experience, for instance, is abysmally bad on the device. Sure, it can render Flash, but just try watching a video that uses a Flash player and you’ll rip your hair out.

Simply stated, there’s nothing about the OS that seems suited for tablets, at this point. While Samsung’s offering is sleek, sexy and a great joy to use, it’s crippled by a lack of applications that can effectively utilize the form factor.

For the sake of argument, we’re going to compare the Galaxy S tablet to the iPad. The reasons why are obvious. While some people argue that you have to leave the iPad out of any Android tablet review, I think that’s foolish at best and at worst damaging to credibility. The iPad owns the tablet market right now, OS notwithstanding. Anything else needs to compete with it in order to prove its viability. You simply can’t compare pricing apples to apples when the option to buy the Galaxy S by itself isn’t available. Even if it were available, the Galaxy would have committed seppuku by now because of the pricing difference.

The 16 GB iPad + 3G runs $629. That’s pre-tax, but out the door. You own it. No contracts, no commitments. By comparison, the Galaxy tablet is $600. Verizon clearly states that a “Month–to–month, one– or two–year minimum term required per line.” In talking to a representative, I was told that “You will have to have the plan active at all times if you are trying to use the Tablet.”

Well then. That sure sounds like a contract, to me. Even if I only pay month to month, a requirement for a monthly payment, with the punishment of an early termination fee, is still a contract. So we can only assume, then, that it’s a standard 2 year agreement.  So let’s add up the cost, both paying the ETF and if you pay the “contract” in full:

No matter how you stack the pricing (and these don’t include messaging plans, which will also add to your bottom line), the Galaxy has been priced out of its class.

Let’s think, for a moment. about the cases under which the Galaxy might be of use:

Here’s the deal, my dear TNW readers — I used a Galaxy Tab for 3 days. I put it through its paces. The only thing that I liked doing on it was playing Angry Birds and reading with the Kindle app. The 7″ form factor is ideal for both of these. But will I pay a grand to do that? Not a chance.

Right now, it simply comes down to what Google said in that the Android OS is not ready for the tablet market. Maybe Gingerbread will be. Maybe we’ll have to wait until Honeycomb. At a bare minimum, the Galaxy (and all other 2.x devices) should vacate your mind as viable tablet choices.

I’m not on a rash of fanboyism here. I wanted to like the Galaxy. I wanted to be blown away and start figuring out how I could afford one. I desperately wanted an experience with it that simply wasn’t there. Sorry to ruin your potential Christmas buying options, but Android tablets simply aren’t ready for the market yet. They’re great devices, chained to an OS that can’t support them.

Read next: Twitter tag, coming to a train near you.