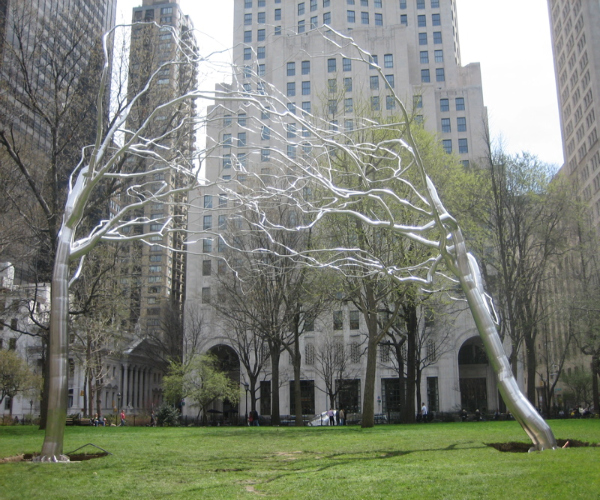 Next time you fire up Wi-Fi on your laptop or your mobile device, you might want to think about the harm you’re doing to the environment, specifically, the trees around you.

According to a Dutch study, uncovered by the good folks at CNET, Wi-Fi is making trees sick. The story goes like this. The people of the Dutch city of Alphen aan den Rijn commissioned a study to find out what was afflicting their trees. Well, that study found that over the past 5 years, all deciduous (read about the term here) trees have been affected by the radiation coming from the networks that we use for our mobile devices.

Another astonishing figure from the study is that over 70 percent of the trees in the urban areas of the Netherlands have been infected with this Wi-Fi virus. 5 years ago, only 10 percent showed symptoms which include bleeding, growth abnormalities and bark fissures.

Now, these are not definitive results. As stated in the report, and translated from Dutch via Google:

The researcher from Wageningen University indicates that these are initial results and that has not been confirmed in a repeat survey. He warns strongly that there is still no far-reaching conclusions from its results. Based on the information now available can not be concluded that the WiFi radio signals leads to damage to trees or other plants. It takes into account previously published studies showing no effect. The knowledge center awaits with interest the publication of the survey.

While we’re not scientists, we’re avid Wi-Fi users so we’ll be keeping an eye on this as it develops.

Read next: Is the browser on Windows Phone 7 actually faster than Safari for iPhone 4?