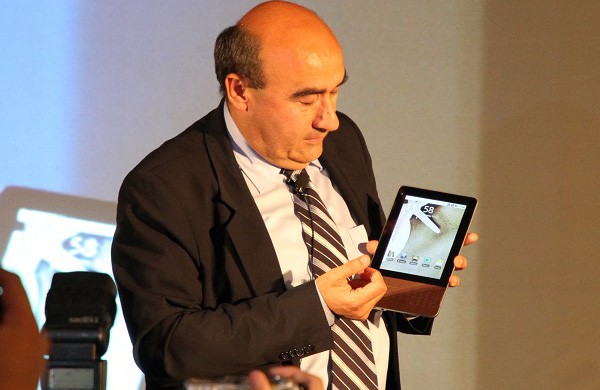 According to Digitimes, Acer is expected to unveil two new tablets at a press conference held in New York, making official a 10-inch Intel-powered Windows 7 model and a 7-inch Android 2.2 (Froyo), directly competing with Samsung’s new Galaxy Tab and trying to capture a share of the market from Apple.

It is thought that Acer has battled internal pressures in regards to its Android tablet devices – the company deciding whether it should delay the launch of its device to wait for the release of a more tablet-friendly Android firmware in Android 2.3 (Gingerbread) or Android 3.0 (Honeycomb) or push its device into the market to provide competition to Samsung’s 7-inch Galaxy Tab and Toshiba’s Folio 100.

Therein lies the dilemma. Tablet manufacturers are so worried about missing out on the upcoming festive sales period they are rushing out tablets even though Google itself has already confirmed that existing Android firmwares do not play well with devices that have larger screens.

By holding its press conference in New York, Acer is signalling its intention to take the fight to Apple in a country where its iPad enjoys a huge market share.

By rushing its product off the production-line, its highly likely that Acer could be crippling its future success in the tablet market. If Acer was to wait for the release of a more tablet-friendly Android OS, it could concentrate on incorporating industry-leading features, instead of releasing a “me-too” tablet that is purely aimed at capturing consumers cash instead of hearts.

Stay tuned, we will update you as soon as Acer releases any new information.