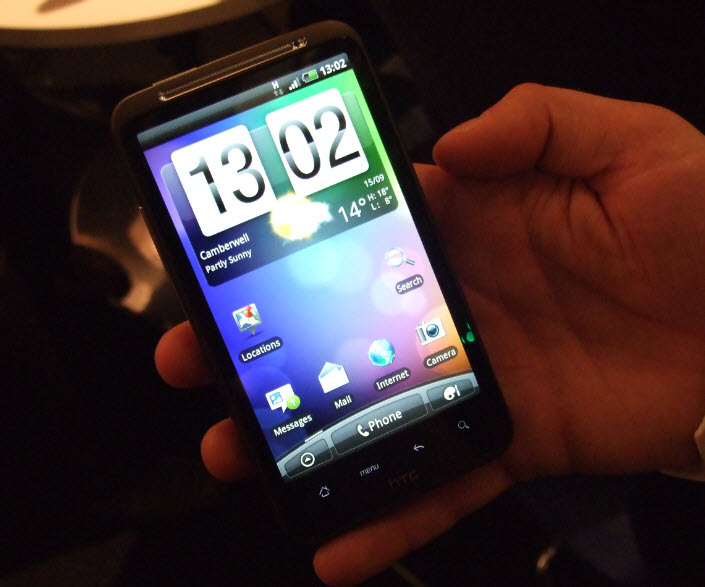 So, you’re one of those people. You want a mobile device that has a nice, big screen for whatever reason but you have a dilemma.

You aren’t impressed with the tablet devices that are out right now, the two biggest ones being Apple’s iPad and Samsung Galaxy Tab. Cheap plug: check out our first thoughts about the Galaxy Tab right here.

You also don’t want a small screen, so that takes a good majority of smartphones out of the equation and feature phones just don’t offer what you need.Well, let’s hopefully remedy that situation with a list of the 5 best smartphones on the market right now with enormous screens that should be able to suit your needs.

Listed in no particular order: The HTC HD7 is one of the launch phones for Microsoft’s latest entry in the mobile software world and it’s the successor to HTC’s very popular HTC HD2. It has an absolutely massive screen and is perfect for those of you looking to get a big display on T-Mobile. Oh, and the other specs aren’t too shabby either. It has a 1GHz processor, a 5 mega pixel camera, 8GB of internal memory, 576MB of RAM, and 512MB ROM. If you think 4.3 inches is too big, you can always take a look at the Samsung Galaxy S series of devices that employ a gorgeous 4 inch Super AMOLED display. Better yet, this bad boy isn’t limited to just one carrier. In fact, it’s on AT&T as the Captivate, Sprint as the Epic 4G (with full-QWERTY keyboard), T-Mobile as the Vibrant, and Verizon as the Fascinate.

Once it gets Froyo, which has happened or is happening pretty much everywhere but the U.S., it will become even more attractive. Live in Europe or Australia? This is probably the device you’ll want to look at if you’re in the market for a big screened smartphone. It has the same type of display as the HTC HD7 only the HTC Desire HD is rocking Android 2.2 aka Froyo. It also has some pretty amazing specifications and it’s a little thinner than the EVO.

Specification highlights include 1GHz Qualcomm 8255 Snapdragon processor, 768 MB RAM and an 8 megapixel camera with dual LED flash. It’s a force to be reckoned with and should command attention in your search. Of course, this brings us to the American version of the HTC Desire HD, the HTC EVO 4G. While it’s been out since June, it’s still a force to be reckoned with first because of its massive screen and two, because Sprint has been firing up 4G across the country. That 4G in its name doesn’t stand for nothing.

Hands down, this one of the most attractive phones in the United States market. Trying to get a big screened phone on AT&T? Look no further than the recently released Samsung Focus which like the HTC HD7 on T-Mobile, is one of Microsoft’s Windows Phone 7 launch devices. Having spent some time with the device at a Microsoft event, it’s safe to say that this is the best, if not the best Windows Phone 7 experience out right now. The screen is big, it’s gorgeous and will suit your needs just fine.

Specs include a 5 megapixel camera with 4x digital zoom and LED flash and also has 8GB of ROM.

There you have it, 5 devices with enormous screens that should satisfy your needs. However, before you purchase any of these, make sure to check out our How To Buy A Smartphone guide first.

You might decide to go in a different direction, who knows.