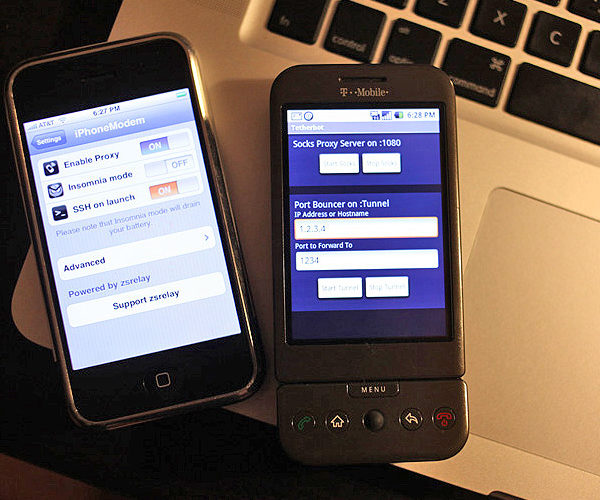 Every other weekend, I make a 7 hour round trip across 3 states. For that trip, I carry my iPod Touch, my Droid X and a laptop. As I sit here in a rest area, tethering my laptop over my Droid’s 3G, it makes me wonder why I still have to carry three devices on any given trip.

Weren’t we promised a world where we could do it all on one? I seem to remember that being the talk coming out of many mouths only a few short years ago. And yet, even as technology has shifted gears toward being more mobile, no single device gets the job done the way that it should. I still can’t stand the music player on my Android, my laptop doesn’t have enough battery life and an iPad simply doesn’t cut it for full-fledged work.

So what’s missing? Here are my thoughts about what needs to be included before I can finally cut down to one piece of equipment for the long hauls:

Sure, the iPad can do it. Of course the MacBook Air can as well. But the iPad is abysmal for long-form writing and the MacBook Air doesn’t have an included 3G, 4G or LTE radio. That rules out the two most likely winners right off the bat. And don’t get me started on the tethering argument. It’s simply not a viable option for nearly any phone. It works in a pinch, but that’s just about it.

Eight hours should be the gold standard. I should be able to leave my house for the day and not really have to worry about carrying a charger with me. If all that I’m doing is using the WiFi or 3G radio, plus working in a browser, eight hours doesn’t seem that it should be that difficult to attain. I honestly don’t care if it’s 3G, 4G, LTE or Internet via carrier pigeon. Whatever the standard, understanding of course that faster will always be better for Internet work, I just need to be able to be connected. We’ve seen quite a few laptops come out over the past couple of years with built-in 3G radios. The issue, for me, is that they’re generally netbook-sized or at a minimum the inclusion of the radio is pricing the computer far out of where it deserves to be for its specifications.

Look, we’re in an era where 4G and LTE are just around the corner. Carriers are nearly giving away 3G devices. You can’t expect me to believe that it adds a $2-300 premium to a mediocre laptop simply by adding a 3G radio into it. Even with contract subsidies, these things are far beyond the pricing that they need to be.

My perfect device would have a wireless radio, of some flavor. It simply has to be there for those times when I’m not in WiFi range or I’m not comfortable being on a public network.

Let me state this, from the get-go: I’m a sucker for a great keyboard. The one that I use on my Mac is amazing, the one that I’m typing on now via this Dell Vostro V13 is also great. In order to be my device of choice, it had better have a physical keyboard.

None of this type-on-screen crap. No matter how you try to disguise it, you’re still hunting and pecking on a keyboard that’s less than full size and its carpal-tunnel-inducing ergonomics just won’t work for a long-form project. So include a keyboard. Or at least make it a good and easily-purchased accessory. The iPad does this, with its Bluetooth keyboard support, but the iPad has its own problems which rule it out from being my dream device.

Apple, I get it. You hate Flash. But you also hate making it easy for me to save a photo on my iPad, crop it and then use it in a post within WordPress. Stop being a jerk. I need to get some work done and you could be my technological savior if I could only format a post properly (including images!) with an iPad 3G. Mobile Safari is a pretty good browser. Give me an easily-accessible storage solution within iOS and I’d be a happy camper.

Oh, and before you say it – yes I know that there’s a WordPress application for iOS. Sorry, but it sucks.

I’ll wrap up both the post and the specifications in this last section. I don’t think I’m asking too much:

That doesn’t really seem to be a whole lot, to me. Am I missing something? Have I laid out a challenge that’s simply too difficult for any manufacturer to pull off, presently? Let me know in the comments, and do it quickly before I buy a MacBook Air that I’ll still be griping about.

Read next: Could drinking beer be any more social?