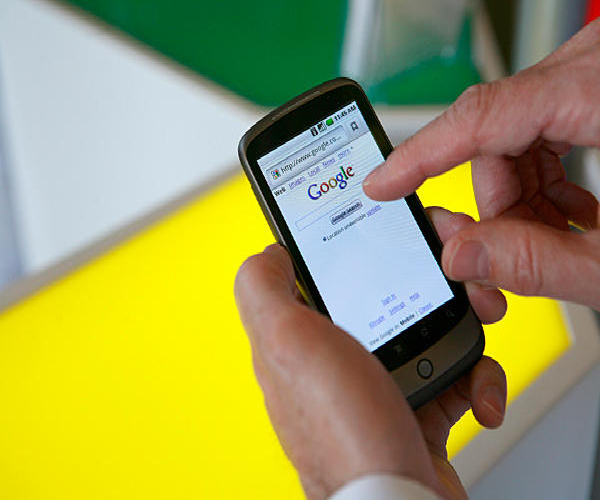 Earlier today, Best Buy’s website offered up some information on the still unannounced Nexus S aka the Nexus 2 aka from Samsung and now, it has appeared in the flesh for the very first time courtesy of Engadget.

Samsung’s sequel to the original HTC-made Google phone, the Nexus One, now has a face and it has been shown off in a series of glorious photos that were apparently taken a month ago. As you can see, it definitely bears resemblance to the Galaxy S series except it has a front-facing camera and it will be running Android 2.3 aka Gingerbread.

It also, like the original Nexus device, will  be running a Vanilla version of Google’s software and apparently will be headed to T-Mobile at the very least.

Speaking of that, the fact that it’s headed to Magenta raises a few questions. If it’s indeed headed to T-Mobile, is it going to be sold at T-Mobile stores? Will it join the G2 and the myTouch 4G in supporting T-Mobile’s HSPA+ network? It would certainly be a bit disappointing if it wasn’t able to take advantage of T-Mobile’s “version of “4G”.

Cross your fingers that it does.

Engadget is also reporting that the Nexus will in fact be arriving with a 5 mega pixel camera. How do they know this? Well, a simple search on Flickr and Picasa reveals photos taken with a device called the Samsung GT-i9020 and as most of us know, the i9000 line is linked with the Galaxy S so it’s pretty safe to say that this unknown GT-i9020 probably has Galaxy S roots.

If that wasn’t enough evidence, a filing over at the FCC also lines up with the images you see here.

So, now that we have the pictures and we know that this thing is the real deal and not just some unicorn parading around Best Buy’s website, let’s hope Google and Samsung come clean sooner rather than later.

Update: Android Police received an internal document that apparently indicates that Best Buy is going to start setting up Nexus S displays as soon as November 14th. It looks like we might not have to wait too long at all for this baby to drop.

Update 2: The information keeps on rolling in, this time via an internal Best Buy document from Phandroid that confirms a few essentials. First, it will have a 5 megapixel camera and 1500mAh battery. Second, it’s definitely headed to T-Mobile. Third, it doesn’t appear to support T-Mobile’s HSPA+ network.

Read next: AT&T's ads for Windows Phone 7 are puzzling