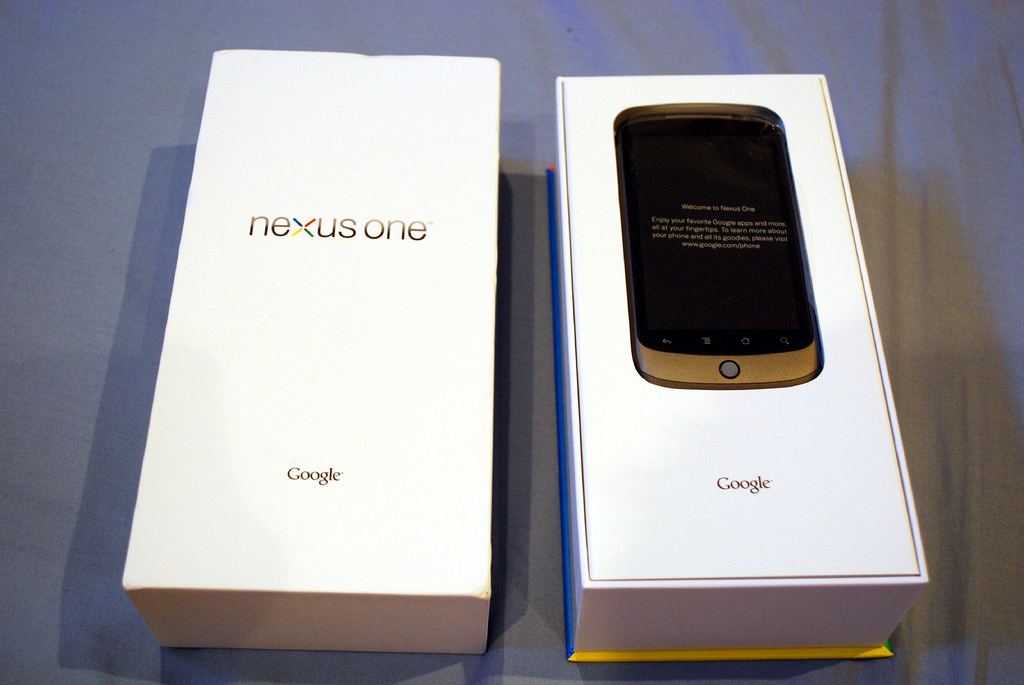 Speculation has been rife in regards to Google’s fabled Nexus Two handset, a smartphone device supposedly manufactured by Samsung that many thought would make its debut at Samsung’s press event held on November 8.

Mockups have been created, suggestions made as to the devices’ hardware specifications but evidence supporting the existence of such a phone was thin on the ground, until now. Just minutes ago, Phandroid spotted that Best Buy had pushed live a placement (Google Cache version here) on its website for a new device under the headline “Pure Google” going under the device name “Nexus S”, before pulling it almost as quickly as it was put up.

That’s right, the Nexus Two will probably now be known as the Nexus S.

Unfortunately for us, the page itself displayed a broken image in the place of the device photo, making it impossible to identify what the Samsung/Google smartphone will look like. The image did bring with it an alternative text field named “Nexus S for T-Mobile”, confirming the handset would be available to T-Mobile customers this holiday season.

Finally some evidence of a Nexus refresh but unfortunately nothing is confirmed as yet. Retailers are prone to inadvertently disclosing information on new handsets months in advance of the device launch date so nothing can be taken as fact just yet.

For those waiting for a new Google phone, this news will give you a little more to whet your appetites. More on this as it develops.

Read next: Amazon kills the Pedophile's Guide, but a larger problem remains