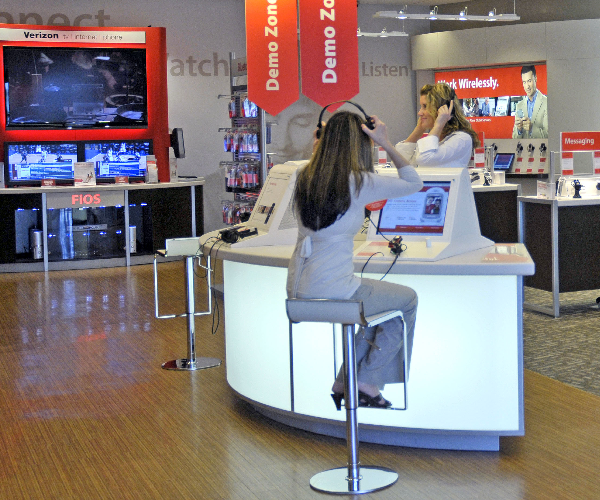 LTE. There are a lot of rumors and speculation surrounding the service. Of course there are a lot of questions as well. We’ve had our share of questions answered here at TNW, but many more still floated around. In a candid, hour-long conversation with Karen Schulz, a Verizon representative, we’ve gathered some great information and so now we’re sharing it with you.

For years now, we’ve heard Verizon’s claim about “it’s the network”. Fair enough, Verizon does have more complete coverage for 3G than anyone else in the US, but its LTE plans have been shrouded in a bit of mystery. We’ve heard that, supposedly, we’ll all be carrying multiple devices and be perfectly fine paying for multiple data plans. Fortunately, Schulz and the people behind Verizon’s LTE don’t see that as the case.

LTE, for Verizon, is about the ecosystem. It was the right choice, over WiMax, because the structure exists worldwide. It’s not just about phones, or data cards or USB dongles, either. For Verizon, LTE is about every device in your home. As Schulz said, “everything is going to have a display and it’s all going to be connected”.

Using her example, your refrigerator will no longer have a flashing light to tell you when the filter needs changed. Instead, it will sense that need, go online to find out what filter you should buy and then provide you with a list of retailers from which you can purchase it. A couple of simple taps and you’ll have purchased the filter, charged it to your PayPal and you can get on with your day.

Schulz admits, however, that everyone walking this path is still doing so in the dark. Nobody is certain of how the infrastructure for the ecosystem needs to be handled because it’s simply not been done before. However, she appears confident that Verizon is going to be a major player in the building of that system within the United States.

As for the future? The immediate plans are already known: Verizon intends to roll out LTE service to 38 metropolitan areas and 60 commercial airports by the end of 2010. Of course, support will continue for 3G networks for the foreseeable future as the company continues even today to increase 3G service across the US.

I’m told that November will be a heavy launch month for Verizon 3G devices, including of course the Droid Pro and Samsung Continuum. Beyond that, however, there was no talk of LTE handsets other than to say that there would of course be some.

Oh, and for those wondering – Schulz affirmed to me that she knows nothing of any Apple-related announcement in the near future.

Read next: Quebec City Gets Its Own Apple Store Nov 13th