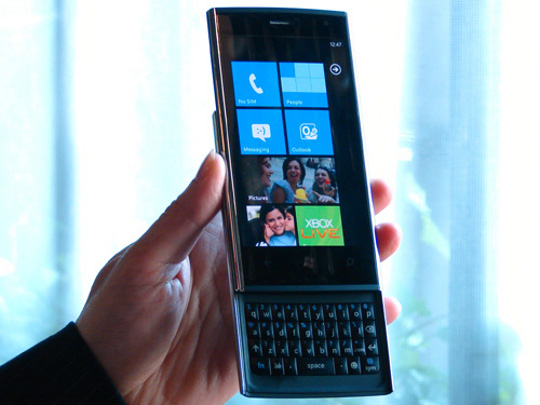 The Wall Street Journal is reporting that Dell is currently in the process of moving 25,000 of its employees from their current BlackBerry devices to its own range of Android and Windows Phone 7 handsets, with the intention of helping other companies make the same transition in as soon as the next two weeks.

Dell employees will be offered the company’s new Dell Venue Pro – a device powered by Microsoft’s new Windows Phone 7 mobile operating system – gradually phasing out BlackBerry use. As the devices become available, employees will also be offered a choice of Android-powered smartphones.

Dell’s CFO Brian Gladden was bullish in his statement, stating: “Clearly in this decision we are competing with RIM, because we’re kicking them out.”

The move will save Dell an estimated 25% in “mobile communication costs”, which mostly equates to the removal of BlackBerry servers. The company is also in talks with T-Mobile USA, discussing the possibility of bulk purchasing voice minutes and data bandwidth, instead of taking out individual employee mobile tariffs.

Interestingly,  RIM has been unaware of Dell’s plans until now, Hadden adding, “it’s not clear to them the scope of what we’re doing”. Hadden also explained that the company could sell the huge number of returned handsets on eBay, clawing back some of the money invested in the handsets initially.

Only employees with Dell-issued BlackBerrys can choose to receive a Venue Pro handset with both voice and data plans. Other employees will get Dell smartphones but will only be eligible for voice plans.