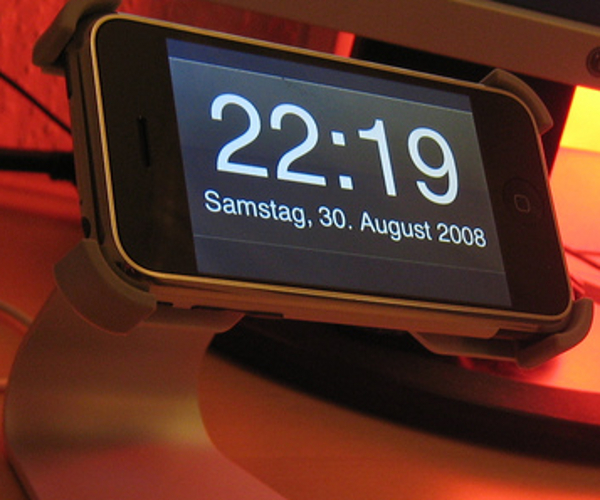 iPhone users could well be rolling into the office an hour late today across Europe. A bug affecting Apple’s handset’s alarm has hit after clocks went back one hour at the weekend.

The fault means that although the phone’s clock will automatically step back one hour to account for daylight saving time, the alarm sticks to its previous time. The result? Lots of people getting up an hour late. Twitter is full of reports of the bug this morning, and our own Mobile Editor, Matt Brian was affected too.

As Engadget notes, this bug was first spotted when Australia’s clocks changed at the start of October and acknowledged by Apple. It’s a little surprising that no fix was pushed out in the following weeks.

We imagine Apple engineers will be working overtime to get this fixed before daylight saving time hits the USA next weekend.

Update: We have read reports that a short-term fix to the iPhone Alarm bug is to delete the existing recurring alarm within the Clock app and then re-set it. Other people (including Kevin Cross in the comments) have suggested setting the alarm an hour early or creating a new alarm each day (as new) with the time wanted without setting the repeat option.

Let us know how you get on.