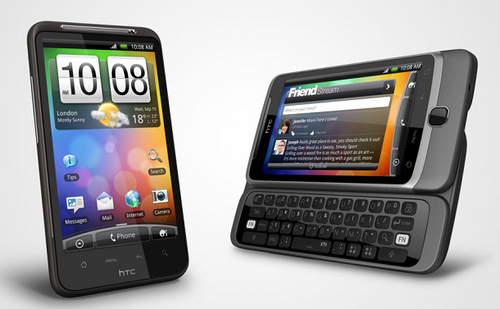 Those bloggers, speculating and stirring up things they shouldn’t. Earlier in the month, we reported that the launch for HTC’s new Desire HD and Desire Z smartphones would be delayed after it was suggested the handsets had failed Google’s TA (Type Approval) testing.

HTC has decided to officially comment on the matter, insisting that as it never gave a release date, both handsets would still ship “on schedule” meaning customers can still expect to receive their devices “in October”.

The Guardian spoke with Google, which acknowledged that it does perform said tests but wouldn’t comment on individual devices, only to say:

“We cannot comment on individual devices but we do provide what is known as a ‘compatibility test’ to ensure that our partners are building handsets which are compatible with the Android software. This test is meant to help our partners check that everything on the device is working as it should be.”

We feel it’s a clever ploy by HTC to cover up potential slips in its shipping dates, a very similar situation to Nokia, which handled its N8 launch much the same way. We still stick by the assumption that customers will begin to see their devices ship at the very end of October.