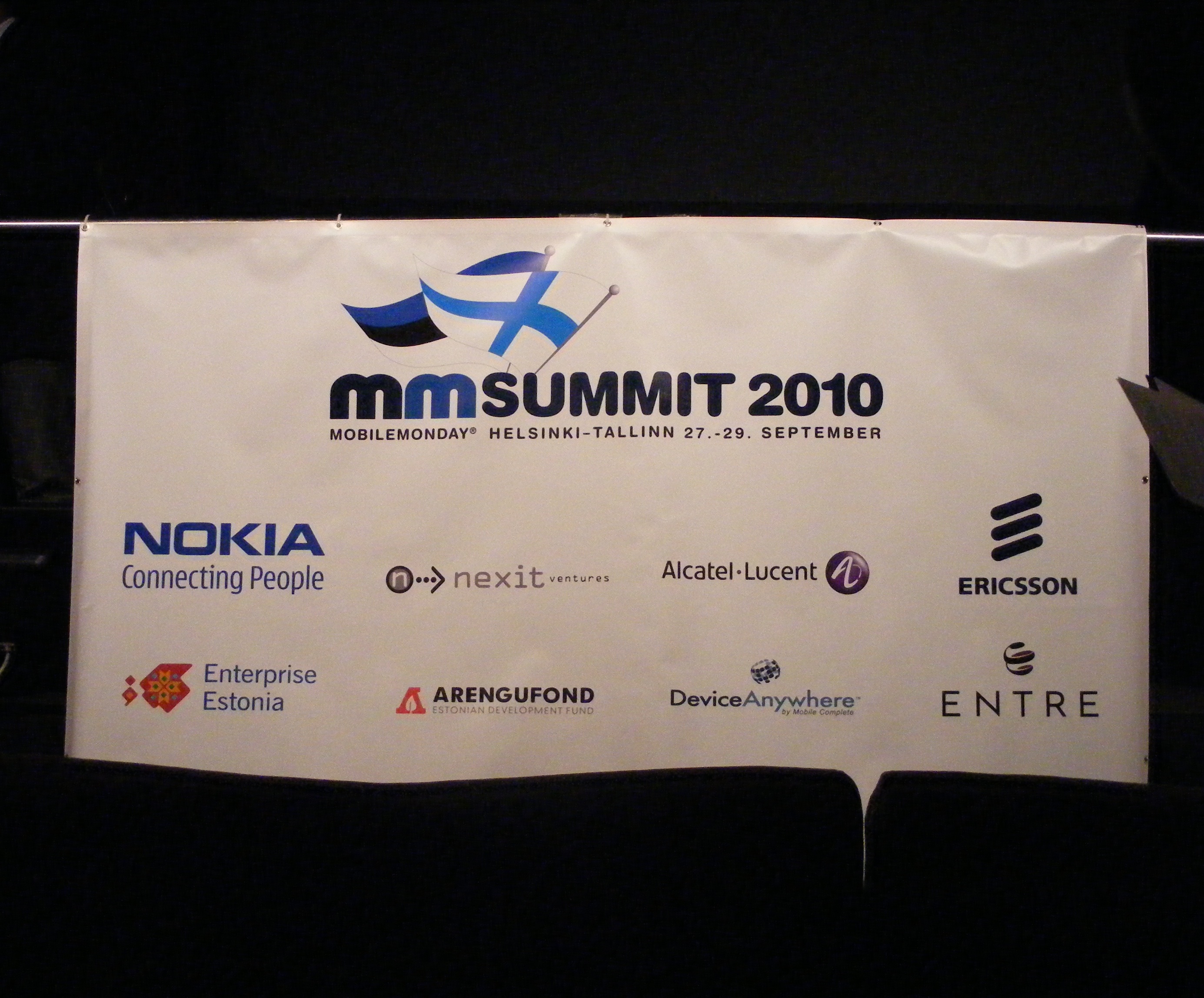 We were lucky enough to be invited to Helsinki, Finland to help celebrate the 10th year of a little known community known as MobileMonday, a collective of mobile professionals from a number of different countries and regions around the world that combine to start new collaborations regardless of particular employer associations within the industry.

MobileMonday originated in 2000, it was initially started as an informal meet-up of the top mobile innovators in Helsinki, mainly to catch-up over drinks and discuss the industry outside the walled garden of their respective companies or even internal departments. Oh, and the reason why it’s called MobileMonday? Simple, the only time everyone would be able to attend would be on a Monday evening.

Before long, new faces would join the original members, resulting in the decision to schedule MobileMonday meetings on the first Monday of every month. As the group grew, so did the different number of locations and nationalities of its members, leading to the launches of MobileMonday chapters in Tokyo, Silicon Valley, Rome and Milan by 2004. Since then, MobileMonday has grown to encompass more than 100 chapters from all over the world.

The key idea behind MobileMonday, regardless of geographical location, is to help encourage peer recognition and give its members as many professional benefits as possible. By starting new chapters, the platform allows mobile professionals from all over the world to unite, connecting passionate people and encouraging business to be conducted in a fun manner.

The CEO of MobileMonday, Jari Tammisto, sums up MobileMonday perfectly, he says that if MobileMonday (MoMo) members want to do business, they “should do it outside of MoMo”, use local MoMo meetings to network and simply “put it all on the table.”

All MobileMonday founders are happy for MoMo to stay “under the radar”, saying that it’s not about who founded which chapter or who created which product, it’s more about combining resources, connecting the brightest minds and pushing the mobile industry further than ever before.

At the opening of the MobileMonday Summit, Tammisto talked of MoMo’s ability to help mobilize its members, particularly when European travel was heavily affected by the Ash Cloud. As thousands of travellers worried about being able to communicate and remain connected to their companies, MobileMonday members offered up workspace for stranded members from other chapters, removing almost all administration costs associated with office rentals, insurance and connectivity.

The opening of the MobileMonday Summit brought with it a number of different founding members from all parts of the world to Helsinki; present at the opening ceremony were representatives from Norway, India, Sri Lanka, Malta, Israel, Palestine, Toronto, London and St Petersburg (to name a few), as well as the signing of four new chapters from Ahmedabad, Nairobi, Kiev and Karachi.

The founders also played a big part today, helping to choose the winners of the Peer Awards, an annual award given to the company that is creates what the judges believe to be the best mobile product or service. This years winner in the Future Potential Category went to a company called Ringbow, an Israeli mobile startup that has pioneered the world’s “first peripheral device for enhancing touch screen interfaces”.

Other companies competing in the Future Potential Category were:

As we are in Finland, home of Nokia, it seemed only right that the entrants all received a new Nokia N8 handset for taking part in the competition, a handset that still isn’t available to consumers. Efrat Barit (Co-Founder, Ringbow) received not only the MobileMonday Summit 2010 Peer Awards but also 100 hours testing from Device Anywhere.

Attendees will get to see the very best in Finnish and Estonian innovation, visiting some of the fastest growing and most established companies in the mobile industry from these two countries. With Skype, Nokia, Rovio (creator of the popular iPhone game Angry Birds) Fortumo all close-by, tours are arranged to give an insight into Finnish and Estonian mobile industries, allowing the companies to show where they are going next.

As the title says, you might not be aware of MobileMonday but you will certainly recognise some of the products and services it helps to produce.

Read next: Kobo Teams Up with Blackberry Messenger to Make Reading Social