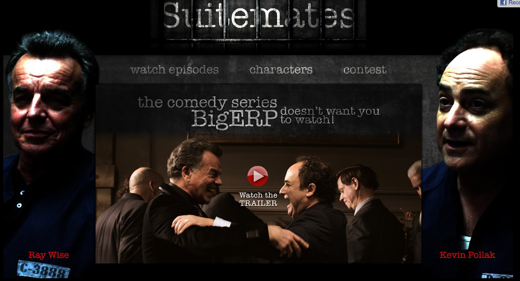 Yes, it’s another Samsung Galaxy S smartphone. Yes, 4 carriers in the US have them. No, the hardware isn’t different. That said, Verizon’s version of the Galaxy S could have been my favorite, if it weren’t for a couple of poor choices from the carrier.

When you have the same phone as everybody else, it often will level the playing field between providers. That is exactly the case with the Samsung Fascinate, and it has shown the places both where Verizon excels and where it needs some help.

To start, the Fascinate is a beautiful device. Not unlike the other Galaxy S choices, it’s a candy-bar style phone but lacks the slide-out QWERTY available on the Epic 4G version available from Sprint. As much as I raved about that keyboard, seeing the Galaxy S in its slimmer form made me not miss having it. The exceptionally-shiny back cover to the phone is a fingerprint and scratch magnet, however, so I’d suggest you toss protection onto it immediately.

Starting up the phone, you’re taken to a world of 7 home screens that are loaded down with bloat from Verizon and Samsung. There are the customary social media ones, options for quick contacts and of course the WeatherBug clock. I quickly dumped these off of the screens, realizing that each one of them was taking up valuable system resources and I might as well get rid of them if I wasn’t going to use them. Once cleaned up, the Fascinate starts to shine. The 1 GHz processor, common across the Galaxy S line, seems to run a bit better on the Fascinate than it did on the Epic 4G. It also seems to have better reception than I am able to conjure on my Motorola DROID. Where my DROID will often-times barely be able to make a call from my apartment, I didn’t have that issue with the Fascinate. Call quality was very good, but still doesn’t hold a candle (in my purely subjective opinion) to the Motorola phones.

There are still loads of complaints around the Internet about a buggy GPS and the Fascinate falls victim to the same results. Samsung has promised a fix, sometime in October, but we’re not there yet so for now it still has issues.

My other obvious gripe about the Fascinate comes from the fact that it is running Android 2.1. It still blows my mind that Samsung, and all carriers for its Galaxy S devices, would bring a “top of the line” phone to market running an old OS. I understand speed of release, but I don’t understand that at the detriment of your customer. We’re told, though, that 2.2 should be coming to the Fascinate soon and that it will also fix my other big gripe. Want to search? You’ll be using Bing. Need directions? Bing Maps. Want navigation? VZ Navigator. There are, in fact, none of the requisite Google applications that you’d expect to find on a phone that’s running an operating system owned by…um…Google. Though I’ve ranted about Verizon’s choices in this matter at length, Bing still remains and I still can’t get past it.

There’s a light at the end of the tunnel, however. My Verizon PR rep, Tiffany, tells me that Google is supposed to return to the phone as an option when it updates to 2.2. Of course, nobody is certain of when that will be, as of yet, so it’s still a frustration in the time being.

If you’re a fan of Bing, and you want a great phone, the Fascinate is a buy. No questions asked. Even with the annoyances of Android 2.1 and a buggy GPS, it’s still a great device and a solid addition to the Verizon lineup. There is also a dedicated community of people who love to modify the Galaxy S phones, and it’s easier to do than with my other top choice, the Droid X.

If you’re bugged too much by the choice of Bing over Google, then the Fascinate might still be a good choice, but I’d bide your time until it gets some FroYo love from Verizon. When that happens, and if it does indeed include the choice to select Google services over Bing, the Galaxy S will take my top spot for favorite Verizon phone, hands down.