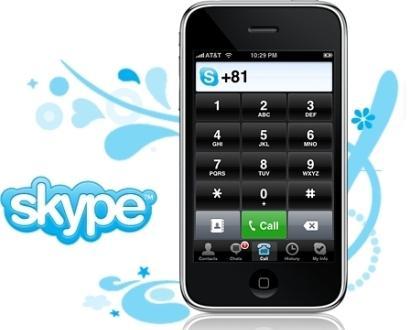 If you were listening into our weekly podcast earlier today, you’ll know that we had a spirited discussion about the rumored Facebook phone. My take was that if in fact we do see a Facebook phone sometime in the future that it will be targeted at developing countries that might not have great computer/broadband penetration but do have pretty good mobile usage numbers.

At any rate, one thing from the rumors that has mainly struck me is that the hardware vendor that Facebook is supposedly working with has also previously made Skype phones. While they’ve never really taken off in the US, VoIP phones are popular in other parts of the world (like the UK), and as we well know, Facebook is also a worldwide property.

This got me thinking, so during the podcast, I asked, “Imagine what would happen if Facebook bought Skype?” There was a hush  for a second and then a general consensus that it would be a killer combination. If you think about it for a second, I bet you’ll agree.

Skype and Facebook have super popular smartphone apps for one

On both Android and iOS, Skype and Facebook are almost default applications for many. The apps are constantly used by the carriers to promote their phones, and while we don’t have exact usage numbers per se, we’re positive that they are huge across numerous mobile platforms and devices. Skype does what it does extremely well, and Facebook does what it does extremely well, and other than chat functionality, they really don’t overlap much.

One of the biggest assumptions about the existence of a Facebook phone as far as I can see is that it would allow a deep integration of contacts. Well, that’s great, but what are going to then do with those contacts – i.e. who you gonna call? Facebook (at least at present) has no telephony capabilities. Skype, of course does, and offers worldwide calling, voicemail, SMS and of course, Skype-in numbers. However, even for users that are really addicted to Skype, we’re guessing that their social graph is nowhere near as complete as the one they have on Facebook.

Think of it – you could pick up your phone and call anyone of your friends on Facebook, anywhere in the world, for free. Of course, the phone would still have  phone number that people outside of your social graph could call you at, but that could be pre-paid and would be much less than what most people spend per month on calling.

Personally, I have family and good friends on both Skype and Facebook, but not all of them on either – and my business contacts are more likely on Gmail/Skype and not Facebook. However, if there was a combined Skype/Facebook service, it would certainly be very tempting for not only myself but many others to go away from the Gmail/Google Voice graph that I’m tending to favor these days.

Now, of course my thinking this would be a great service doesn’t necessarily mean that it would be or that it would come to pass. eBay of course tried the Skype route and that really didn’t work out for them. But eBay was no Facebook – Facebook is inherently a communication platform and eBay is a transactional one. That said, one of the things people really like about Skype is the security it provides, and not everyone is super keen on Facebook privacy these days, so if this would ever happen, Skype users might not like it too much.

Again though, we’re not saying that this will necessarily ever happen – or frankly that anyone at either company is even thinking about this, or how much money/stock it would take – but damn would it make a great phone.